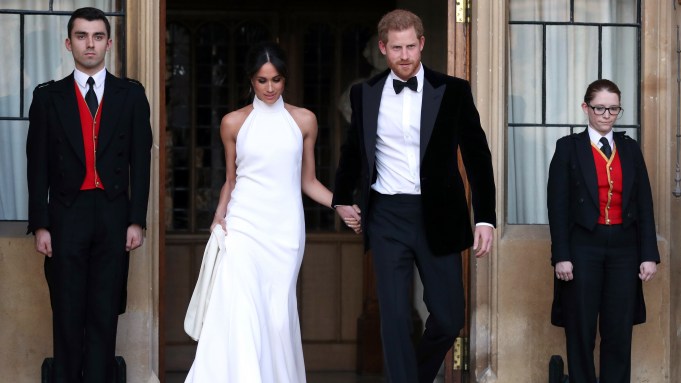 An estimated 29.2 million people in the United States tuned in to see the royal wedding of Prince Harry of Wales and American actress Meghan Markle on Saturday, according to Nielsen data.

On the three broadcast networks that carried live coverage from 6-9 a.m., NBC was number one with 6.4 million. ABC was second with 6.3 million, while CBS was third with 4.8 million.

The newest royal couple was married in front of 600 guests, including Oprah Winfrey, George and Amal Clooney, and Idris Elba. An estimated 100,000 people gathered in the streets outside of Windsor Castle.

In her review of the wedding for Variety, Jacqueline Cutler wrote: “It was a perfect blending of centuries of tradition that guides the British monarchy with the new world of a scrappy actress, the biracial, divorced daughter of a yoga teacher and lighting director. The new couple stamped their own personal style on it. Early in the ceremony, Harry, as his wont, drew laughter, when he said, ‘I will.’ Markle beamed after she said, ‘I will.'”