Could ‘Roseanne’ Continue Without Roseanne Barr? It’s a Long Shot 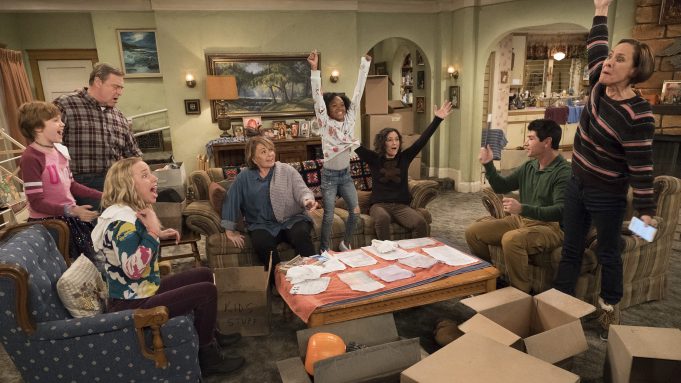 As the shock wore off, questions about the future of “Roseanne” came into focus. Was Tuesday’s stunning cancellation the true end of the sitcom reboot, or is there a possibility of the show carrying on in a new incarnation without its titular star?

Multiple sources close to the situation say that there have been extremely preliminary discussions among key players — including executive producer Tom Werner, co-star and EP Sara Gilbert, and showrunner/EP Bruce Helford — about options for keeping the ensemble together in some form without Roseanne Barr. Barr sent the show into a death spiral on Tuesday after posting a racist tweet late Monday night that sparked outrage via social media, so much so that ABC pulled the plug on its most-watched program.

A source said that Gilbert and Werner and Helford are preparing to sit down with ABC execs as soon as Friday to discuss options for the future of the series. One big problem to overcome is the fact that Barr has a significant financial interest in the series, and there is concern that a new iteration that would benefit her financially would be a non-starter for everyone involved.

Sources cautioned that Werner, Gilbert, and Helford are realistic about the long odds against keeping the show going without Barr. The hurdles are significant to keeping key cast members on board, plus the challenge of persuading ABC or another network to take a gamble on a show without the star that has always been at its center. Sources said there were no discussions with ABC regarding a possible new path given the drama inherent in the cancellation that came within hours of Barr’s tweet equating former Obama administration advisor Valerie Jarrett with an ape. Barr subsequently apologized, but ABC and Disney brass came to the conclusion that they had no choice but to sever ties in light of her offensive statement, which came on the heels of other questionable comments made by Barr via social media.

Nonetheless, a hit show is a rare commodity. Werner and Gilbert were the driving forces in making the reboot happen in the first place. Werner is a partner in the Carsey-Werner Co., which produced the original “Roseanne” series that ran from 1988-1997 on ABC. Gilbert grew up as an actress on the show and by all accounts was integral in breathing new life into the Conner clan. As such, Werner, Gilbert, and Helford (also an alum of the original series) are heavily invested in the revival.

The pain of the cancellation was magnified by the fact that the revival had been wildly successful. It premiered in March to 18 million-plus viewers, and maintained a healthy audience throughout its nine-episode run. In an ironic twist of fate, the show’s writing staff was just assembling on the CBS Studio Center lot in Studio City, Calif., on Tuesday morning to begin work on Season 2 when news of ABC’s cancellation decision came down. “Roseanne” settled there because Gilbert is a co-host of the CBS daytime panel show “The Talk,” which also tapes on the lot.

Discussions about a possible future for the show were also complicated by Werner being in London on Tuesday. Co-star John Goodman, who would be crucial to any revamped series, is also away with his family and has not been in communication with the “Roseanne” team. But a source close to the actors said he was greatly upset by the cancellation as he had enjoyed revisiting his iconic role as Dan Conner as well as the working atmosphere on the show. “Roseanne” in its original run was known for drama and blow-ups behind the scenes. This time around, by many accounts, production ran much smoother. Sources credited the combination of Werner, Gilbert, and Helford for keeping everyone — especially the notoriously volatile Barr — on an even keel and focused on the work at hand.

Another hurdle to keeping the show going in a new form is the speed with which decisions need to be made. Actors would need some certainty that the show has a future in order to keep their schedules open, particularly for an in-demand thesp like Laurie Metcalf. The same is true for the show’s writing staff, which was a strong lineup of sitcom veterans. To make the show economically feasible and use existing sets, producers would need to have a basic timetable for production within a month or so, industry sources said.

One factor that could benefit a resurrection effort is the bill ABC and Carsey-Werner are facing if they do shut down the show for good. Key actors are said to have a minimum 10-episode guarantee for Season 2, which had an initial order of 13 episodes. The highest echelon of writers and producers also have some minimum episodic guarantees. The fact that Carsey-Werner and ABC will have to write those checks regardless could be the impetus for trying to forge ahead, even in less than ideal conditions.

Sources said the writing staff did not assemble Wednesday at CBS Studio Center. “Everyone is still shell-shocked,” a source said.

Perhaps the biggest question hanging over the effort to soldier on is whether viewers will still tune in for a show about the Conner family without the larger-than-life personality of Barr as its comedic engine. But there are numerous logistical and financial hurdles to clear before writers and producers can even begin to think about tackling that challenge.