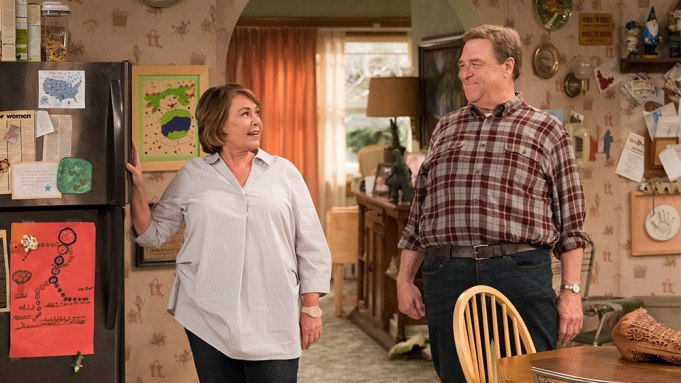 The abrupt cancellation of “Roseanne” will have a massive impact on ABC’s plans for the fall.

At its upfront presentation to advertisers two weeks ago, ABC unveiled a fall schedule that boasted “Roseanne” leading off the Tuesday-night primetime lineup. The revived multi-camera sitcom had just secured its place as the 2017-18 season’s No. 1 scripted show in Nielsen’s 18-49 demo. Heading into the upfront, ABC had positioned the show as the long-sought answer to the network’s Tuesday-night woes and the new face of its comedy brand.

Tuesdays had for years vexed ABC, with each season bringing a new strategy for reviving the network’s fortunes on the night. In 2013-14, ABC made the unorthodox move of putting freshman Marvel drama “Agents of SHIELD” on at 8 p.m., where comedies had typically dwelled. Two seasons later, another Disney-owned franchise, “The Muppets,” was given a shot at 8 p.m. Last season, “Black-ish” was relocated to 9 p.m. Tuesdays, where the network hoped it would anchor the primetime block much as “Modern Family” had for years on Wednesday nights.

None of those moves mattered, and ABC continued to flounder on Tuesdays. But “Roseanne” promised a solution. At 8 p.m., it would go head-to-head with “The Voice” on NBC and “NCIS” on CBS and provide formidable competition to both — even with a likely ratings decline in the upcoming season. The decision to schedule new single-camera comedy “The Kids Are Alright” at 8:30 p.m. was a risk, but one with potential payoff if the freshman series proved able to hold a significant chunk of the “Roseanne” audience and establish itself. “Black-ish” and “Splitting Up Together,” scheduled for 9 p.m. and 9:30 p.m., respectively, had already proven themselves able schedule partners to “Roseanne.”

At 10 p.m., ABC execs had high hopes for “The Rookie,” a freshman drama starring Nathan Fillion as a middle-aged man who joins the Los Angeles Police Department. The morning of the upfront, ABC entertainment president Channing Dungey told reporters that “The Rookie” would appeal to “the broad base of viewers that we start off the night with” — a reference to the outsize ratings earned by “Roseanne,” which played particularly well in Midwestern states — and acknowledged that 10 p.m. Tuesdays “has been a challenging time period in the past.”

Without “Roseanne,” ABC’s options for saving Tuesday night are limited. The network could, conceivably, make a bold move such as tearing “Modern Family” from its longtime Wednesday perch and placing it in the Tuesday lead-off spot. But doing so would hobble the survival chances of freshman comedy “Single Parents” at 9:30 p.m. Wednesday and freshman drama “A Million Little Things” at 10 p.m. Wednesday.

Tinkering with Wednesday risks undermining a night in which ABC is fairly well positioned, at least until 10 p.m. But one possible move would be to dispatch season three of “American Housewife” to Tuesdays and rearranging the two hour comedy block there into whatever order would make the most sense (and do the least damage to “The Kids Are Alright,” for which ABC has high hopes).

That move would mean waving a white flag on Tuesdays — but present an intriguing opportunity on Wednesdays. The only new comedy other than “The Kids are Alright” to get a series order from ABC for next season is “Schooled,” a spinoff of “The Goldbergs.” “Schooled” is not yet on the schedule, but almost any “Roseanne” patch-job scenario involves it being moved to fall. Placing it at 8:30 p.m. Wednesday behind “The Goldbergs” gives the spinoff a solid shot at capturing the original’s audience. Alternatively, ABC could move “Fresh Off the Boat” or “Speechless” from the newly formed Friday comedy hour to Tuesday, then move “Schooled” into the vacant slot — or go with the unscripted standby of “Shark Tank” reruns on Friday in place of the comedy block, holding whichever comedy doesn’t move to Tuesday until midseason.

If ABC needs to ramp up additional development, it has Kenya Barris and Julie Bean’s untitled family comedy still in development. The show had been ordered to straight to series last season, but was pushed to off-cycle development in February after ABC failed to find a suitable replacement when planned star Alec Baldwin left the project.

A decision on ABC’s fall schedule is not expected for at least several days.