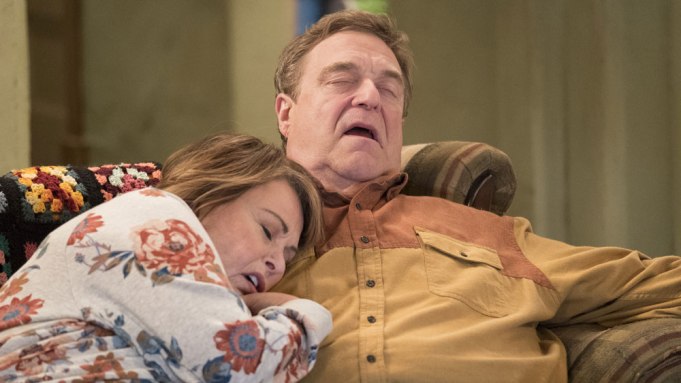 ABC’s reboot of “Roseanne” was one of the most expensive programs for advertisers last season. Had the show continued, it might have grown even more costly –  for the network airing it.

ABC’s decision to cancel the program in the wake of an offensive tweet from its star comes as the network is, like CBS, Fox, NBC and the rest, in the midst of early “upfront” talks with advertisers. On May 15,  at a presentation held to unveil its fall schedule to Madison Avenue, ABC couldn’t stop talking about “Roseanne.” “If anyone came to play a drinking game for how many times we mention ‘Roseanne,’ you’re welcome,” said Ben Sherwood, president of the Disney/ABC Television Group, in front of an audience of dozens of media buyers and blue-chip advertisers.

Keeping the show on the schedule, however, could have generated the wrong type of chatter at a time when ABC is competing for its share of the $8.69 billion to $9.55 billion Madison Avenue lavished on primetime broadcast TV last year. In an era when consumers have become more polarized by politics and cultural issues, advertisers have grown skittish about aligning their commercials with controversy. Fox News Channel recently grappled with the fallout from an advertiser defection from its 10 p.m. program, “The Ingraham Angle,” for example, after host Laura Ingraham took a swipe at Marjory Stoneman Douglas High School student David Hogg, one of the students who has spoken out about gun control prominently since a February 14th shooting incident at that Parkland, Florida, school left 17 people dead.

“The great appeal of the show was to brands targeting middle America,” noted Ira Berger, who supervises ad buying on broadcast and cable for The Richards Group, an independent Dallas ad agency. He says he expects the cancellation  “to hurt ABC to a degree.” Another media buying executive noted that ratings for “Roseanne” had begun to drop after the reboot’s first few episodes. Viewership for the finale in particular was not impressive, this buyer said. “Once that tweet went out, ABC had not choice,” said the executive. “The impact to the network depends on what they put in there.”

“Roseanne” had recently commanded serious ad coin. Last year, advertisers were paying an average of $176,411 for a 30-second ad in the series, according to Variety’s annual survey of primetime ad prices – ,making the program TV’s highest priced rookie comedy. Among new programs, only ABC’s revival of “American Idol” was pricier. In April, “Roseanne” was TV’s fourth most-expensive comedy, according to Standard Media Index, a tracker of ad costs and spending, and ABC’s priciest sitcom. Advertisers in April were paying an average of $167,159.  The series generated $45 million in the most recent TV season, according to Kantar Media.

This wouldn’t mark the first time a network changed the plans it unveiled to Madison Avenue. Indeed, ABC has over the years pulled some massive switcheroos. In July of 2010, about a month after wrapping upfront sales, ABC announced its then-entertainment chief, Steve McPherson, was leaving – meaning that the executive who built the programming lineup advertisers bought was no longer overseeing it. And in May of 2003, just days after trotting cast members of “The Practice” before an audience of advertisers, ABC announced it would retool the show – and jettison stalwarts of the drama such as Dylan McDermott and Lara Flynn Boyle.