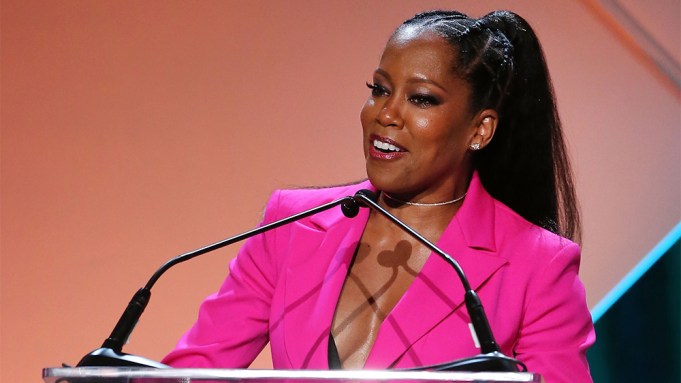 “You can’t feel and understand real power unless you feel and understand what it means to empower,” Regina King said to a room full of beaming onlookers at Variety‘s annual Power of Women event, held Friday at the Beverly Wilshire Four Seasons Hotel in Beverly Hills, Calif.

As one of Variety‘s five Power of Women honorees, King began her speech by recognizing fellow honorees Emma Gonzalez, Lena Waithe, Tiffany Haddish, and Natalie Portman, and the women who helped her get to where she is today.

“I wouldn’t be standing here right now if I didn’t have a mother who encouraged me and my sister to dream beyond the sky,” she said.

An Emmy Award-winning actress, King is known for her roles in “American Crime,” “Seven Seconds,” and “Southland.” Besides acting, she is also a director and producer. When she’s not wearing any of those three hats, she’s working with the “I Have a Dream LA” Foundation, whose mission is to empower children in low-income communities, helping them get into college and pursue their dreams.

King nodded to her heroes, echoing inspirational quotes from Aaron Sorkin and Gandhi. The prospect of being able to reinvent herself at any time, she said, is what keeps her going. “Talk to me five years from now and my title might have another hyphen in it,” she said. “That’s what keeps me dreaming. Never stop dreaming.”

King wrapped up her speech with a final word on the importance of continuing to “shine a light on what’s right in the world” as well as what is wrong. Women  empowering other women, she said, is “one of the things that’s right.”

“There is an all-inclusive sisterhood that’s happening right now. Women are supporting, loving, and protecting each other outwardly on a grand scale,” she said. “It’s a beautiful thing, and it makes my heart smile. And that is powerful.”