‘Orange Is the New Black’: Inmates Adjust to Life in Litchfield Max in Season 6 Trailer 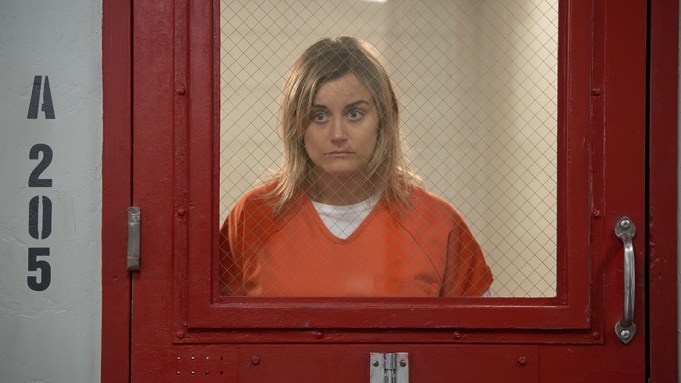 Pink is the new orange.

Netflix on Monday released the Season 6 trailer for “Orange Is the New Black,” which sees the Litchfield Penitentiary crew relocating to a maximum security facility, complete with new inmates, routines, and uniforms.

“This isn’t home — this is not home!” exclaims Uzo Aduba’s Suzanne as she’s transferred to a new cell.

“It is now,” replies the guard.

But Aduba’s character appears to have a difficult time adjusting to her new “home,” as well as her new garb — she now wears a pink jumpsuit instead of the series’ orange staple.

“First, my friends become not my friends, and then I’m given a color that other colors want to fight,” Suzanne laments to Piper.

Taylor Schilling’s character, however, seems to believe pink is an advantage on the max security color spectrum. “Blues and khakis have beef with each other,” Piper, one of the “blues,” says. “Pinks are safe out there.”

The remainder of the trailer is a flurry of fleeting glimpses into the women’s new lives, which include several breakdowns, riots, and fresh threatening faces. But as usual, TV’s most resilient female inmates put up a fight at every opportunity.

“You don’t know how strong my girls are,” Kate Mulgrew’s Red utters in her thick Russian accent. “We have iron wills and f—ing nothing to lose.”

“Orange Is the New Black” returns to Netflix on July 27. Watch the trailer above.