Streaming services snatched their biggest piece of the TV pie ever in 2018.

Streaming shows also saw the biggest increase year-to-year, growing from 117 last year. Broadcast dipped slightly, dropping from 153 in 2017. Basic cable saw a more sharp decline, compared to the 175 shows that aired on basic cable the previous year. Pay cable was up slightly from 42.

On a percentage basis, streaming shows now account for approximately one third of all scripted originals, with approximately 32%. Broadcast made up 30% and basic cable 29%, with pay cable making up 9%.

The total number of shows across all of TV was up again as well, rising from 487 in 2017. The year-to-year growth was less than that of previous years, however. For example, the number of shows grew from 455 to 487 between 2016 and 2017. The 495 scripted originals this year was also off from FX Networks CEO John Landgraf’s prediction that 520 such shows would air this year.

The decline in scripted basic cable shows comes as networks like WGN America, MTV, and A&E have all but abandoned their scripted series ambitions, focusing instead on acquisitions and unscripted reality shows. Broadcast network Fox has also geared down on its number of scripted originals, with the network having launched just three new shows this fall with two on deck for midseason. 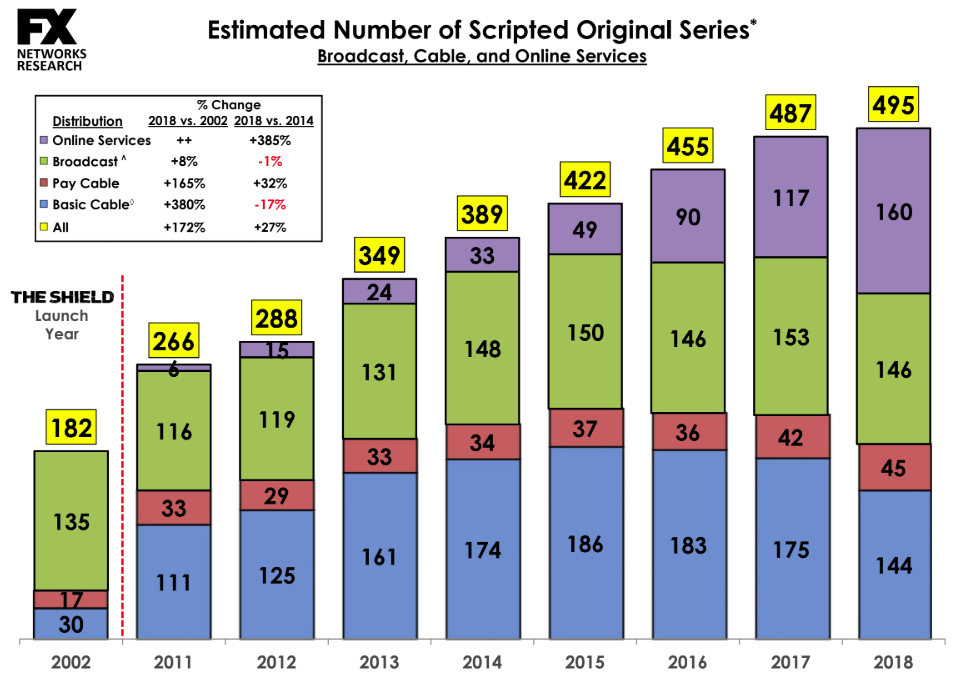