Nicole Maines on Being TV’s First Trans Superhero: ‘I’m Nervous Because I Want to Do It Right’ 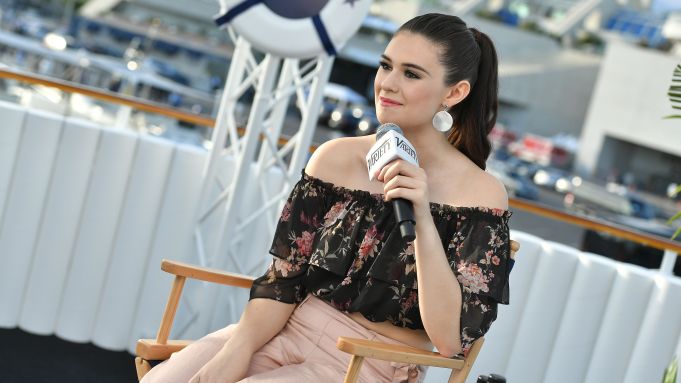 On Saturday at Comic-Con came news that Nicole Maines would be making history on the fourth season of CW’s “Supergirl,” becoming the first ever trans superhero on television.

Variety sat down with the trans activist shortly after the news broke to talk about her character Nia Nal aka Dreamer as well as what the TV casting means for the trans community.

“I haven’t really wrapped my head around it,” Maines told TV exec editor Debra Birnbaum at Variety’s Comic-Con Studio. “It feels fitting to say with great power, comes great responsibility,” adding, “I’m nervous because I want to do it right.”

Maines, who was featured in the HBO documentary “The Trans List,” says she wants fans and TV viewers to take away a better understanding of the trans community with the casting.

When Maines came out to her parents in the late 90s and early 2000s, trans women were solely portrayed by cisgender men as either sex workers or drug addicts, which she said painted a very specific image.

“They’re men in dresses and that was damaging for a long time.”

Maines hopes the “Supergirl” casting is part of larger wave of the “right representation” of the trans community.

“I think we’re in a time right now where more than ever representation in the media matters. And what we see on television has a very dramatic effect on our society.”

Maines also talked about the recent controversy surrounding Scarlett Johansson, who bowed out of playing a transgender man in a feature filming after her casting sparked an intense backlash online.

Johannson’s casting, according to Maines, would’ve only furthered stereotypes about the trans community.

“I think that cis gender actors don’t take roles out of malice, it’s just a failure to realize the context of having cis gender people play trans gender characters,” she said. “We don’t see the same issue with sexuality, we see straight people play gay all the time. With trans folks we have a lot of people accusing us of just playing dress up for whatever reasons and that’s just not true. Having trans people play trans roles show that we are valid in our identities and we exist.”

The fourth season of “Supergirl” returns Oct. 14 on the CW.