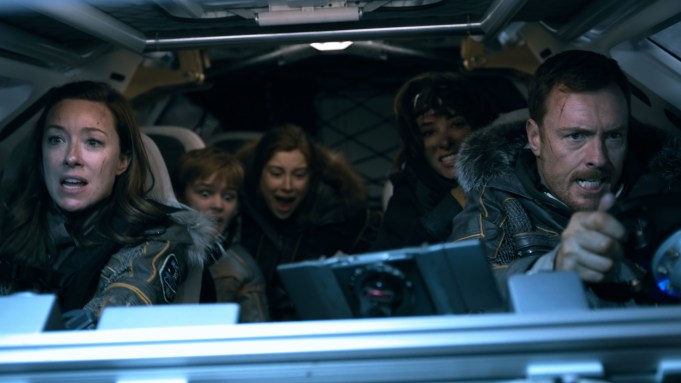 The Netflix reboot of “Lost in Space” has an official premiere date, the streaming giant announced Wednesday.

The new show 10-episode first season will launch on April 13. In the first trailer, the Robinson family prepares to leave Earth in search of a planet capable of sustaining human life, but things quickly go awry.

Set 30 years in the future, colonization in space is now a reality, and the Robinson family is among those tested and selected to make a new life for themselves in a better world. But when the new colonists find themselves abruptly torn off course en route to their new home they must forge new alliances and work together to survive in a dangerous alien environmen. Stranded along with the Robinsons are two outsiders: the charismatic Dr. Smith (Parker Posey) and the roguish Don West (Ignacio Serricchio).

The new series will be produced by Legendary Television. Matt Sazama and Burk Sharpless, the screenwriting team behind the films “Dracula Untold” and “Last Witch Hunter,” will write the new series, with “Prison Break” veteran Zack Estrin set to serve as showrunner. The three will executive produce alongside Synthesis Entertainment’s Kevin Burns and Jon Jashni , Applebox’s Neil Marshall and Marc Helwig. Marshall is also set to direct several episodes of the show.