What Netflix’s Huge Emmy Morning Says About HBO and Hollywood 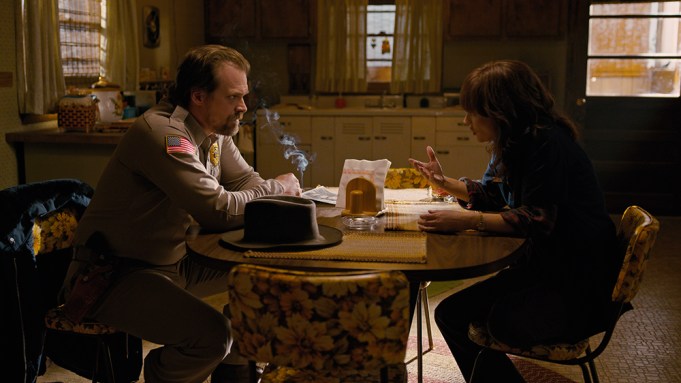 Thursday’s Emmy nominations announcement ratified something that’s been all-but-official for some time now: Netflix is, at present, the dominant force in television.

The streaming service earned the most nominations at this year’s ceremony, picking up 112 nods and outpacing traditional Emmy leader HBO, which earned 108. The small difference looms large symbolically, demonstrating Netflix’s strength across fields. Sure, it earned nominations for best comedy (“GLOW” and “Unbreakable Kimmy Schmidt,” the latter of which seems to have become an automatic nominee regardless of year-in, year-out quality) and best drama (“Stranger Things” and “The Crown”). But it is also in the mix for best limited series (“Godless”), best structured reality program (“Queer Eye”), and best children’s program (three of the category’s five slots).

For Netflix, it’s a moment worth celebrating, even as certain key nominations remained outside its grasp. A best drama nomination for “Ozark,” for instance, would seem to have been possible, and “Mindhunter” had an outside chance, too; both new shows were blocked by a logjam of returning series. But the bragging rights aren’t altered by an individual omission or two.

And those bragging rights, appropriately, belong to a service whose ambition has long been to dominate the realm of TV. No network can compete with Netflix when it comes to the volume of television it produces, or the money that’s spent on it. But it’s likely cold comfort to HBO in particular that they’re playing a different game than Netflix is. After all, the argument for HBO’s uniqueness — the tradition of quality that new corporate owners AT&T, according to reporting about their hopes to ramp up production at the cable channel, fail to understand — is the special stamp it puts on each piece of its relatively small inventory. It’s one night a week that’s been labored over, in contrast to the madcap variety in quality that makes up Netflix’s 24/7 stream. Surely a greater percentage of HBO’s Sunday-night broadcasts from the past year, from “Westworld” to “Barry” to “Last Week Tonight,” ended up with Emmy nominations than did the whole of Netflix’s programming slate. HBO’s argument for its intrinsic quality, one to which so many fans are so sympathetic, means less when its polar opposite in terms of sensibility runs away with nominations morning.

Because despite the fact that HBO’s programming strategy seems in fact to be working well — that 108 nominations is a staggering number for a network that programs one night a week, and that HBO was a few overlooked cast members of “Game of Thrones” and a best comedy nod for “Insecure” away from tying Netflix — the nominations are certain to be read as a changing of the guard. Netflix, already the default entertainment choice for many viewers, has proven that it can outpace HBO heading into what’s traditionally HBO’s biggest Sunday night of all. And it has done so by embracing, not walking away from, its own lack of brand signature.

But the awards themselves will tell their own story, particularly in marquee categories. It’s difficult to imagine “The Crown” or “Stranger Things” taking best drama, for instance — not least because “Game of Thrones” and “Westworld” are the two most-nominated primetime shows. The third-most-nominated is “The Handmaid’s Tale,” the show on unheralded Hulu that, last year, became the first streaming series to take home the best drama prize. Netflix has proven that it can be in the mix in just about every level of television, that a volume game can generate plenty of credible nominees. Whether it can prove its mettle as a winner — whether it can claim bragging rights as the network behind the best drama or best comedy or even best limited series — will be a greater challenge. And if Netflix accomplishes it, then a true changing of the guard, and a ratification of the artistic as well as the business sense behind its flood-the-zone strategy, will have taken place.