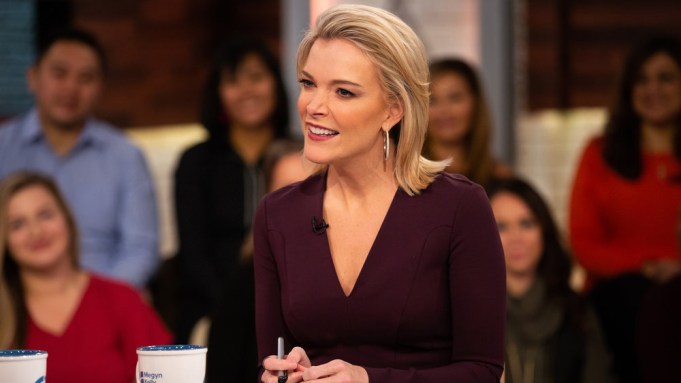 NBC said Friday that it had cancelled “Megyn Kelly Today,” ending a fizzling experiment that matched an anchor with an outsized presence to a format best known for lighter fare, and indicated it would move its 9 a.m. hour back to a more traditional “Today” format.

Meanwhile, an attorney for Megyn Kelly indicated the anchor and the network remained in negotiations about her future. Kelly “remains an employee of NBC News,”said Bryan Freedman, the lawyer, “and discussions about next steps are continuing.”

Other “Today” co-anchors are expected to host the 9 a.m. hour next week, NBC said. The show’s lead two hours are co-anchored by Savannah Guthrie and Hoda Kotb, with Craig Melvin recently getting a larger presence on the weekday program. Kotb and Kathie Lee Gifford co-anchor the fourth hour of the program. Willie Geist anchors the Sunday broadcast of “Today” and Sheinelle Jones anchors the Saturday broadcast. A new anchor is expected to join her this weekend.

The decision represents an acknowledgment that the Peacock’s big bet on the star anchor to draw new audiences to its news programming was unlikely to bring new rewards. The average audience for “Megyn Kelly Today” stood at around 2.4 million, compared to about 2.8 million who tuned in to watch the hour of “Today” that it succeeded.

Kelly and NBC News executives had been in loose talks to find her a new role, one that would involve her in hard news stories rather than the lighter fare of her morning program, “Megyn Kelly Today.” Those conversations were derailed, however, after Kelly opened Tuesday’s program with a discussion of Halloween costumes and blackface that drew criticism not only on social media, but also from NBC News colleagues including Al Roker and Craig Melvin.

NBC News Chairman Andy Lack addressed this week’s controversy Wednesday at a town hall meeting with news staffers. “There is no other way to put this but I condemn those remarks, there is no place on our air or in this workplace for them. Very unfortunate,” Lack said, according to people present at the meeting. He added: “As we go forward, my highest priority remains, and as we sort through this with Megyn, let there be no doubt that this is a workplace in which you need to be proud and in which we respect each other in all the ways we know is foundational to who we are.”