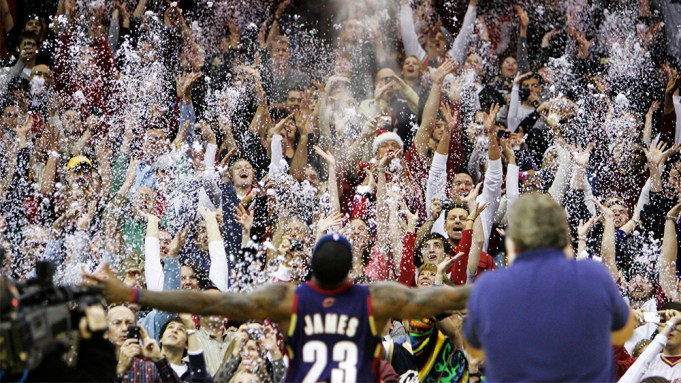 When LeBron James left the Cavs to sign with the Lakers earlier this month, he left a chunk of change on the table. Under NBA rules, Cleveland could have rained down more than $200 million over five years on the man many consider the best player in the league. Los Angeles was allowed to pony up a mere $154 million over four years.

But there’s a great equalizer on the West Coast: Hollywood, where top current NBA stars aren’t just the face of films; they’re producers and financiers too. It didn’t start with Curry, who just formed his own production company after signing a multiyear development pact with Sony Pictures Entertainment.

This is a different kind of game, but one that’s just as appealing to those who are ultracompetitive. Let’s call them the NBA’s Media All-Stars.

Meanwhile, Uninterrupted, the digital media company James launched in 2014 on his own dime, has parlayed a capital infusion of $15.8 million from Time Warner into a lineup featuring more than 30 shows, mostly by and about sports stars. The Uninterrupted YouTube channel has more than 175,000 subscribers.

Chris Paul
Houston Rockets
He recently formed Oh Dipp Prods. and scored a critical hit with the film “Crossroads,” about a lacrosse team composed of at-risk teens, which premiered at the Tribeca Film Festival.

Andre Iguodala
Golden State Warriors
“Dre Days,” for Turner Sports, is a behind-the-scenes glimpse into his doings during his free time on the road. And he’ll again join Turner Sports as special on-course correspondent at the 2018 PGA Championship.

Kyrie Irving
Boston Celtics
With his “Uncle Drew” opening to more than $15 million late last month for Lionsgate and already surpassing $38 million worldwide, the Celtics star is reportedly looking to launch his own production company.