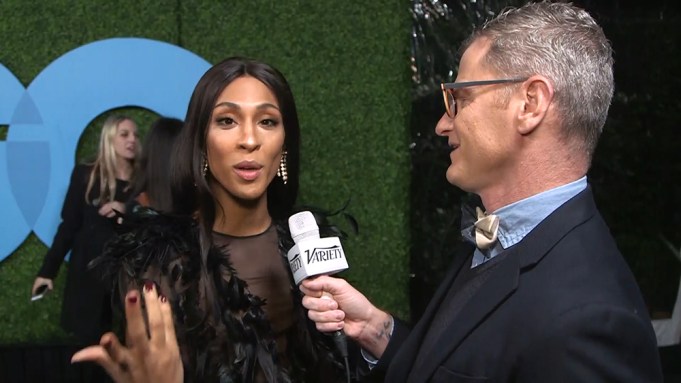 Kevin Hart has recently come under fire after his now-tenuous position as 2019 Oscars host resulted in the resurfacing of anti-gay tweets he made in the early 2000s, but “Pose” star MJ Rodriguez doesn’t think he should lose his hosting duties over the tweets.

“That’s a hard topic for me because I’m a big fan of Kevin Hart and I know that he probably didn’t mean any malice by it but I mean I think an apology is due if it hasn’t been given before,” Rodriguez said on the red carpet for the GQ Man of the Year awards Thursday night. “I think maybe it would be something nice. And if he doesn’t, I don’t think we should hold him accountable, I think we should just remember and forgive him.”

Hart said in an Instagram video Thursday night that the Academy gave him an ultimatum: apologize or lose the gig. The “Night School” actor said he decided to pass on giving an apology.

“I’m not gonna hold that against him, I think he’s a wonderful host,” she said. “I don’t think he should be obligated or anything should be held against him for the past decisions he’s made. We have to all be open with our hearts you know?”

Hart was announced Wednesday as the host of the Academy Awards, but that position is now in doubt.