Milo Ventimiglia on ‘This Is Us’ Golden Globes Snub 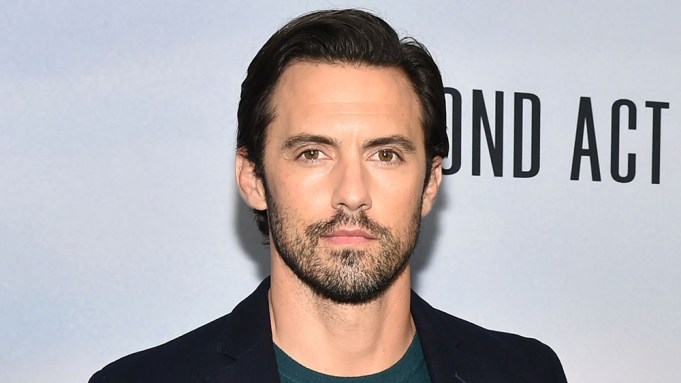 “This Is Us” critics and fans were shocked when the NBC hit received no love from the Hollywood Foreign Press Association earlier this week with zero Golden Globes nods.

The show, after all, was nominated for three Golden Globes last year, including best television drama. Plus, Sterling K. Brown won the 2018 statue for best actor in a drama television series.

But, “This Is Us” star Milo Ventimiglia isn’t too concerned with the lack of recognition this year.

“It’s the way that it is,” Ventimiglia told Variety‘s Elizabeth Wagmeister on Wednesday night at the New York City premiere of his upcoming film, “Second Act,” in which he stars opposite Jennifer Lopez.

“What matters most to me is how happy my crew is filming, how satisfied our bosses are, and the conversations that continue to happen from the audience. That’s what matters the most to me,” Ventimiglia said. “Being recognized by larger groups is great, but I don’t hang my hat on it.”

He continued, “I’ve never been one to look forward to awards or nominations because I think ultimately it diminishes a lot of hard work of people that aren’t in the categories of awards, so for me, it’s like, it doesn’t really matter. If someone walks up and says, ‘Hey I love the show, or I love your movie, or I love your work,’ great. That’s what means the most to me.”

“This Is Us” wasn’t completely shut out of awards love — the NBC hit did score two Screen Actors Guild nominations this week. Ventimiglia says that the cast was on a group text chain, after being nominated for outstanding ensemble in a drama series and outstanding performance by a male actor in a drama series for Brown. (The show is the reigning SAG Award champ in both of those categories.)

The Emmy-nominated Ventimiglia (he was recognized opposite his co-star Brown for lead drama actor this year) was in New York for the “Second Act” premiere, so he explained that the cast had not seen each other yet in-person after the SAG nominations, but he was heading back to Los Angeles directly after the rom-com premiere to get to set where he’ll be filming the last couple of days with his “This Is Us” cast and crew before holiday hiatus.

As for what he wants for the holidays? The in-demand Ventimiglia joked, “More time.”