Why Michael B. Jordan Wanted to Only Audition for Roles Written for White Men 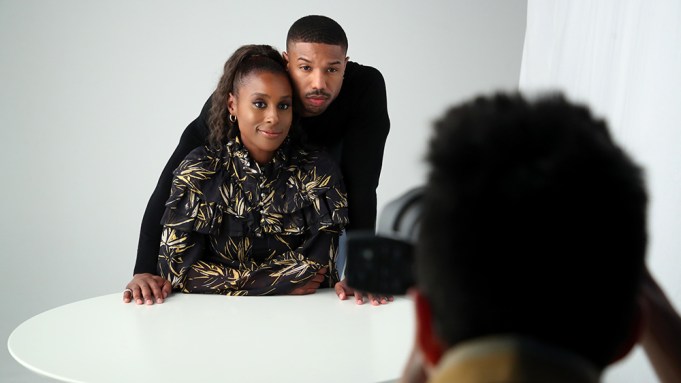 During their interview for Variety‘s “Actors on Actors,” presented by Shutterstock, “Fahrenheit 451” star Michael B. Jordan told “Insecure’s” Issa Rae that after he finished working on “Fruitvale Station,” he told his agents that he didn’t want to audition for roles written for African-Americans.

“I said, I don’t want it. I want to only go for, like, [roles written for] white males. That’s it,” he said. “Me playing that role is going to make it what it is. I don’t want any pre-bias on the character.”

Rae also opened up about the positive change that seems to be overtaking Hollywood’s perception of what a leading actress looks like following the success of movies like “Black Panther.” She that said early on in her career, her agents would send roles to her that Rae doubted she’d be able to land because of her race.

“If it were a leading woman of a certain type, I just knew the type that they would go for, so I’m just not going to even bother,” Rae said. “People have been receptive. Even just the confidence that a movie like [“Black Panther”] and other films by other filmmakers of color that have come out have really just changed what people perceive as a leading lady, as the beautiful person, the daring or the bold action-adventure type. That just feels so dope to me.”

The Emmy Award-winning series will air in two episodes on PBS SoCal KOCE, the first on Tuesday, June 19 at 7 p.m. and the second on Thursday, June 21 at 7 p.m. Both episodes will stream on pbssocal.org following their premieres.