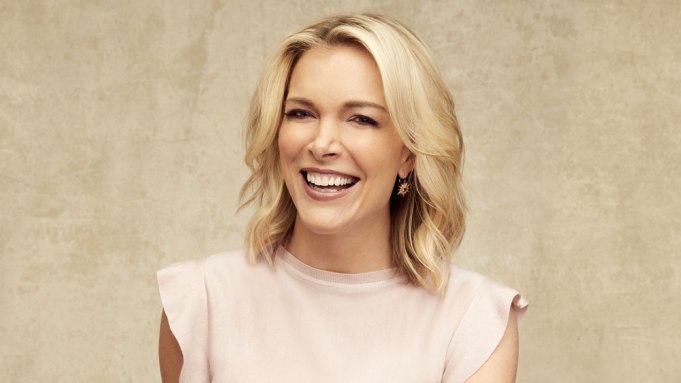 Megyn Kelly and NBC News have engaged in conversations about her taking a new role at the news division, according to a person who has spoken with the anchor, suggesting both sides have grown weary of the intense scrutiny being placed on her morning program, “Megyn Kelly Today” and casting significant doubt on its future.

Word of the shift comes after Kelly stirred outrage on Tuesday during a segment in which she questioned why it was wrong for people to don “blackface” for Halloween costumes. The backlash contributed to CAA dropping Kelly as a client on Wednesday, according to an industry source (and first reported by the Hollywood Reporter).

But the conversations about ending the 9 a.m. daytime show began before the controversy, the latest since the anchor joined NBC News in March of 2017.

”Where do you think Megyn Kelly would be happier, as part of big breaking news or forced to cover light-hearted stories that traditionally work at 9 a.m.?” the source close to Kelly said. Kelly participated in NBC News’ coverage of the confirmation hearings of Brett Kavanaugh and is slated to take part in NBC News’ election-night coverage on Nov. 6.

After Tuesday’s segment, social-media opprobrium came quickly, as did an apology from the anchor. NBC News has continued to cover the fallout for Kelly over the incident on “NBC Nightly News” and “Today,” prompting speculation about the relationship between the high-priced star anchor and others in the news division.

Success in daytime TV has always been elusive. Other famous anchors have tried their hand in mornings and afternoons in the recent past, and met with middling success. Katie Couric, Anderson Cooper and Meredith Vieira are among the personalities who tackled daytime talk programs in the last few years. All three lasted just two seasons before ending their respective efforts.

“Megyn Kelly Today” has been a work in progress. At times, it has garnered good notice for Kelly’s willingness to examine tough issues and the #MeToo social-justice movement. She did not shy away from a discussion about the late-2017 ouster of Matt Lauer after NBC News found allegations of sexual harassment levied at him. The anchor has denied some of the charges made against him. In other instances, however, the show has brought unwanted attention, including Kelly’s scolding of actress Jane Fonda. Media buyers said Wednesday that the program had proven to be a disappointment after NBC hyped Kelly’s arrival to its air.

NBC News Chairman Andy Lack addressed this week’s controversy Wednesday at a town hall meeting with news staffers. “There is no other way to put this but I condemn those remarks, there is no place on our air or in this workplace for them. Very unfortunate,” Lack said, according to people present at the meeting. He added: “As we go forward, my highest priority remains, and as we sort through this with Megyn, let there be no doubt that this is a workplace in which you need to be proud and in which we respect each other in all the ways we know is foundational to who we are.”

Kelly kicked off her morning show in the fall of a 2017 with a stated desire to get away from the political commentary that fueled her rise at Fox News Channel. “I’m kind of done with politics for now,” Kelly told the audience during her first morning broadcast, noting she she hoped instead to help viewers “get yourself through the day, to have a laugh with us, a smile, sometimes a tear – and maybe a little hope to start your day. Some fun! That’s what we want to be doing.”

In recent days, however, the anchor has steered the panel discussions that open “Megyn Kelly Today” toward hotter topics, such as the nomination hearings around Justice Kavanaugh and debates around political correctness.