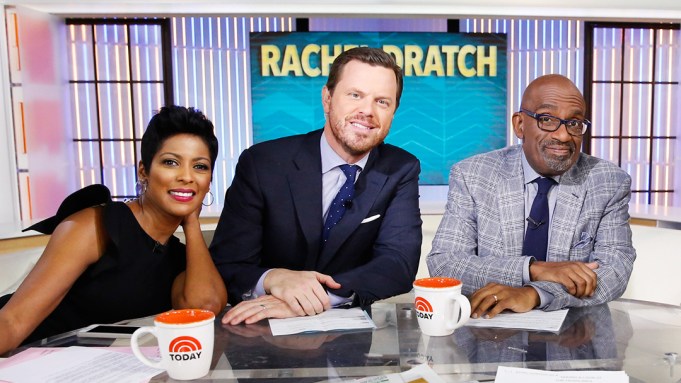 Going forward, the 9 a.m. hour of NBC’s “Today” is likely to be more about the show than the anchors who host it.

With Megyn Kelly in discussions with NBC about her future at the network, media-buying executives say they expect the Peacock to return the third hour of its morning franchise to a more traditional format. Gone is “Megyn Kelly Today,” and in its place, well, “Today,” the TV brand that has been associated with morning TV since the middle of January in 1952. One ad buying executive suggested NBC could make an announcement in the near future regarding talent for the hour and indicated the network would likely position the move as “a host change within the ‘Today Show’ line-up” rather than a cancellation of Kelly’s program.

“’Megyn Kelly Today’ is not returning,” NBC said Friday. “Next week, the 9 a.m. hour will be hosted by other ‘Today’ co-anchors.”

NBC News has been enveloped in a swirl this week in the wake of Kelly’s comments about dressing up in blackface costume and the internal and external criticism it has sparked. But executives may have been able to sketch out thoughts about a new direction for her hour. Kelly and NBC News had started loose talks about finding a new role for her at the NBCUniversal unit, and neither side was happy about the performance of the show. The program had shed approximately 400,000 viewers after succeeding an hour hosted by a panel consisting of Tamron Hall, Al Roker, Willie Geist and Natalie Morales.

Two buying executives said their agencies had yet to hear formally from contacts at NBC about the future direction of the hour. But one suggested NBC would ” just go back to the extra hour of traditional ‘Today.'” Indeed, in recent weeks, “Megyn Kelly Today” has been opening with two segments featuring Kelly leading a panel of NBC News reporters and other contributors talking over the hot-button issues of the day – a concept not unlike what had been featured before Kelly arrived. On some days, the topics might be about lifestyle. On others, Kelly steered the discussion into weightier matters, such as the ouster of Leslie Moonves from CBS Corp. or the nomination hearings around Supreme Court Justice Brett Kavanaugh.

Morning TV often focuses on lighter fare, but NBC executives have reason to give heavy consideration to 9 a.m. They know rival ABC is thriving in the timeslot with the syndicated “Live,” featuring Kelly Ripa and Ryan Seacrest. And they know a viable third hour of “Today” helps the network prod advertisers into buying bigger packages across the entire morning franchise, which accounts for 23 hours each week – more time than Fox Broadcasting devotes to its entire primetime schedule.

ABC has realized this, adding this season a third hour of “Good Morning America” in the early afternoon. One of the reasons for starting the show, which is hosted by Michael Strahan and Sara Haines, was to prod sponsors into purchasing larger packages of inventory around the program.

Millions of dollars are at stake. The first two hours of “Today” have in the past snared more than $500 million in advertising per year, according to Kantar, a tracker of ad spending.  The first two hours of “Good Morning America” generated approximately $359.1 million in ad dollars for ABC in 2017.  One way to wring more revenue out of the programs is to broaden their presence, giving advertisers more of the properties to sponsor.

NBC has a range of options for possible anchors for 9 a.m. Craig Melvin recently ended his tenure on the weekend broadcasts of “Today” and has enjoyed a larger presence on the weekday program. Three of the anchors who previously hosted the 9 a.m. hour – Roker, Geist and Morales – continue to work for NBC News in various capacities (Hall is expected to host a daytime syndicated program produced by ABC). Jenna Bush Hager, a frequent fill-in host on the fourth hour of “Today” that features Kathie Lee Gifford and Hoda Kotb, has in the past filmed test shows with NBC News in consideration of a possible morning program.

And the panels on “Megyn Kelly Today” have been filled with contributors and guests who might do well on their own. NBC News’ Stephanie Gosk has been a frequent panelist on Kelly’s program, and has filled in for Kelly while she’s been absent. NBC News’ Jacob Soboroff has also made multiple appearances, along with Amy Holmes, a co-host of the conservative-leaning PBS talk show “In Principle,” and Matt Iseman, a comedian who serves as a host on the NBCUniversal-produced reality competition series “American Ninja Warrior.”

An interactive cable guide in a system managed by Altice on Friday morning still listed “Megyn Kelly Today” as airing on Monday at 9 a.m.