LeBron James Will Be an NBA Owner, Possibly NFL, Too, Says Business Partner 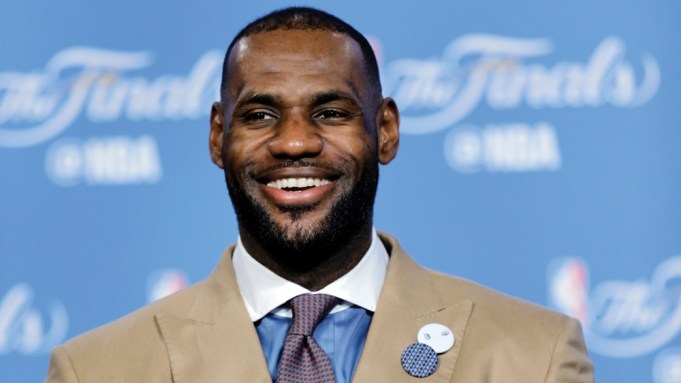 After signing a four-year $153 million deal to play for the Los Angeles Lakers, LeBron James may already be thinking about his streams of revenue after retiring from the NBA. According to Maverick Carter, his business partner, James is looking to own a U.S. professional sports franchise, likely either basketball or football.

“He does like football and he’s looked at football ownership, so he’ll be owning a basketball team and running it,” Carter told Variety’s Audrey Cleo.

In the meantime, while LeBron busies himself in the sports world, Carter has his eyes set on media and content production.

The SpringHill Entertainment founder currently has a full plate while working on Uninterrupted, a media production company which he describes as a platform for athletes to be able to tell stories outside of just their lives on the field, the court, the ice, etc.

“They are more than just athletes, but sometimes the world doesn’t see them that way,” Carter said. “Once the world sees you as that one thing, and the better you are at that thing, the more you can only be that thing.”

Carter said the company has “tons” of projects coming down the pipeline from traditional television shows and movies to online-only content. One example is the YouTube original series premiering on July 18 called “Best Shot,” a docuseries chronicling the rocky lives of a group of high school basketball players in a troubled neighborhood.

“The best, most creative, most authentic content and stories will win, will rise to the top,” Carter said.

James’ other recent investments include Beats by Dre and the Blaze Pizza chain.