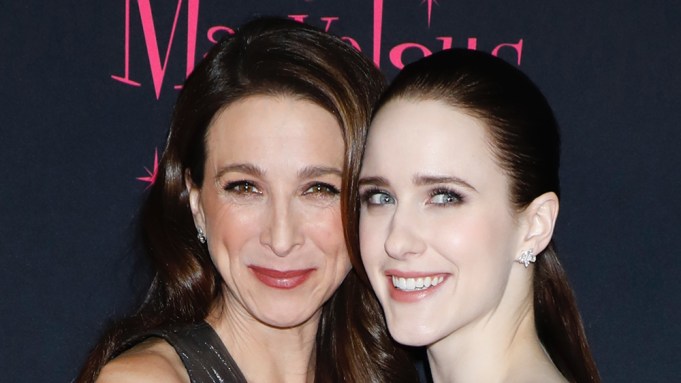 When “The Marvelous Mrs. Maisel” returns with its second season, the Amazon hit is going to have the same Jewish humor, picture-perfect wardrobe and rat-a-tat-tat lingo that viewers have come to love, but Season 2 will showcase some major changes.

After the first season left Midge (Rachel Brosnahan) at the top of the comedy world and Joel (Michael Zegen) at rock bottom, the split couple will have a rocky relationship, the actors tease.

“We have two kids together, so we’re always going to be in each other’s lives, whether it’s romantic or otherwise,” Zegen told Variety Thursday night at the New York City premiere of “The Marvelous Mrs. Maisel,” held at the Paris Theater in midtown Manhattan.

“I’m excited for people to see the way that our relationship evolves. We go through a lot together,” Brosnahan chimed in, though the Emmy-winning actress had lost her voice after a long week of press gearing up for the new season’s launch.

Show creator Amy Sherman-Palladino promised that Season 2 is bigger and better — literally, with an increased order of 10 episodes.

“Now that Midge has decided to blow up her whole life and make this drastic change, it’s going to have a ripple affect and affect everybody else, so everybody else is going to be feeling the tsunami waves,” Sherman-Palladino said, referring to Midge’s decision to dive in head-first to standup comedy, essentially leaving behind her prim and proper Upper West Side lifestyle.

Alex Borstein, who plays Midge’s comedy manager Susie, said that her relationship with Midge will be front and center in the season, jokingly likening their new dynamic to a married couple that goes through ups-and-downs.

On the topic of couples, last season ended with Midge’s parents, Abe (Tony Shalhoub) and Rose (Marin Hinkle), on the rocks. This season, the pair will have to work hard to work things out.

“Abe and Rose really have to re-assess their relationship,” Shalhoub said. “They perhaps have become quite complacent over the years, and now they have to look at each other with fresh eyes and figure out if their marriage can survive.”

After the red carpet on Thursday night — actually, the hot pink carpet — the cast was ushered into the Paris Theater by Mrs. Maisel-esque attendants, who were dressed up in pale pink jackets and pearls, emulating the show’s title character. The screening of the first episode was met by enthusiastic applause from the cast, crew, producers, executives and critics, who have given Season 2 rave reviews.

When the screening let out, shuttles were waiting to take guests to the Rainbow Room at Rockefeller Center. Tinsel-draped pink Christmas trees lined the hot pink carpet at the entrance to the party, while edible trees of macarons adorned the soiree, which had a live jazz band and a fortune teller, giving a nod to one of the show’s plot points.

Production headed on location to Paris this season, and a new character will be introduced in scenes in the Catskills for summer vacation — Zachary Levi, who plays a doctor, though the actor was coy about his character’s relationship with Midge.

When asked to elaborate on his dynamic with Midge, he smiled and simply stated, “We know each other.”

Brosnahan also stayed mum on her character’s love life. When asked about a possible new love interest for her character, she smirked and said, “I couldn’t possibly say.”