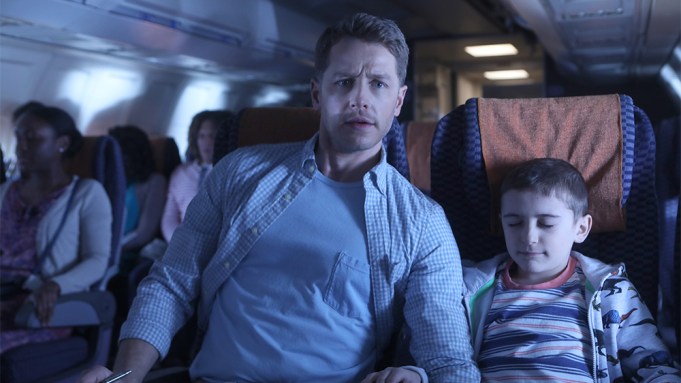 The series premiere of “Manifest” on NBC got an excellent start in the Monday overnight ratings, while CBS’ reboot of “Magnum P.I.” enjoyed a respectable launch.

Airing at 10 p.m., “Manifest” drew a 2.2 rating in adults 18-49 and 10.3 million viewers. That built on the lead in it got from the season premiere of “The Voice,” which drew a 2.0 rating and 9.6 million viewers. “Manifest” was also the second highest-rated show of the night, behind only “The Big Bang Theory.”

Aside from the new shows, however, it was not a pretty night for the broadcasters. Almost every returning series saw double digit drop offs in both measures from the previous season premieres. “Big Bang Theory” was down approximately 41% in the demo and 28% in total viewers from last year. “Young Sheldon” fared no better, falling 56% in the demo and 39% in viewers to a new series low. Fellow CBS series “Bull,” in its Monday debut, drew a 0.9 and 7.3 million viewers, down 29% in the demo and 27% in viewers, also marking a new series low.

“The Voice” saw somewhat less of a drop off from last fall’s premiere, falling approximately 24% in the demo and just under 10% in total viewers.

Fox moved both “The Resident” and “9-1-1” to Mondays this season, with “The Resident” (1.1, 4.9 million) falling approximately 58% in the demo and 44% in viewers from its premiere. In fairness, the series debuted after NFL coverage last season, which drove up the numbers for the premiere. The second part of the “9-1-1” premiere (1.6, 6.6 million) was down over 30% in both measures from Sunday’s Part 1, which also debuted after NFL coverage on Fox.