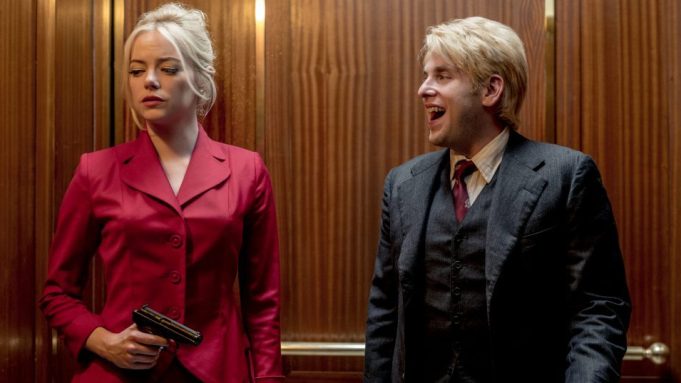 “Do you know where you are right now?”

The trailer starts with the two actors, who play Annie Landsberg and Owen Milgrim, being interrogated by Justin Theroux’s Dr. James Mantleray, who claims he can repair anything about the mind with a sequence of pills of his own invention.

“Is this therapy now?” asks Annie. “It’s not therapy, it’s science,” Mantleray responds. “Once you begin to appreciate the structure of the mind, there’s no reason to believe anything about us can’t be changed. Pain can be destroyed. The mind can be solved.”

The 10-episode series tells the stories of Annie and Owen, two strangers drawn to the late stages of a mysterious pharmaceutical trial, each for their own reasons. Annie is disaffected and aimless, fixated on broken relationships with her mother and her sister; Owen, the fifth son of wealthy New York industrialists, has struggled his whole life with a disputed diagnosis of schizophrenia.

“My head doesn’t work right,” explains Owen in the trailer. “I thought maybe these people could fix me. It sounds stupid.” Replies Annie, “That doesn’t sound stupid to me.”

As a dazzling array of images flashes on the screen, depicting Owen and Annie in different outfits, locations and time periods, Owen says: “My mind is playing tricks,…I don’t know what’s real and what’s not.”

Mantleray himself is questioned by Sally Field’s character, asking how many of his patients have ended up catatonic. “Zero,” he replies. “Roughly.”

The series, which was created by Patrick Somerville, arrives on Netflix on Sept. 21.