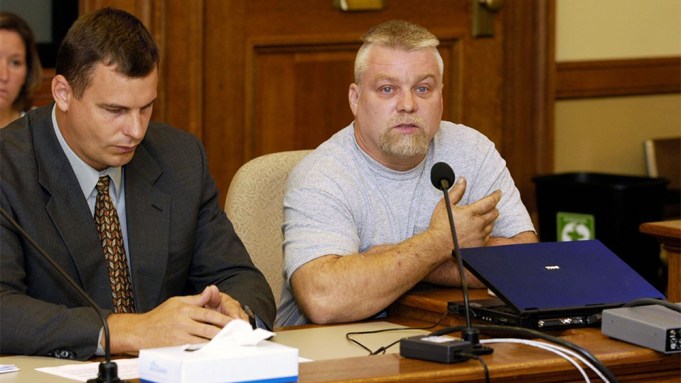 Netflix has released the first trailer for “Making a Murderer Part 2,” the follow up to the hit true crime docuseries that made the case for convicted murderer Steven Avery’s innocence.

The trailer for the series, which saw the return of filmmakers Laura Ricciardi and Moira Demos, makes clear that the fight to get Avery and his cousin and co-defendant, Brendan Dassey, out of jail will continue with a new lawyer, Kathleen Zellner.

Over the course of 10 new episodes, “‘Making a Murderer Part 2’ provides an in-depth look at the high-stakes postconviction process and explores the emotional toll the process takes on all involved,” per Netflix.

The first “Making a Murderer” docuseries became a Netflix phenom in 2015 and resulted in considerable attention on Manitowoc County, Wis., where the case took place. A petition asking the president to pardon Avery received 500,000 signatures, and the White House released a statement explaining the president cannot pardon people convicted of a state crime.

Dassey, who was nearly released in 2017 after two courts overturned his conviction only for a third to uphold it, confessed to his and Avery’s 2005 killing of Theresa Halbach, though his defense attorneys argued that the admittance was coerced by police. The U.S. Supreme Court declined to hear arguments to overturn the Appeals Court ruling reinstating Dassey’s conviction.

“Making a Murderer Part 2” will be released on Netflix Oct. 19.