‘Magnum P.I.’ Cast on the Significance of Reboot Having a Latino Lead 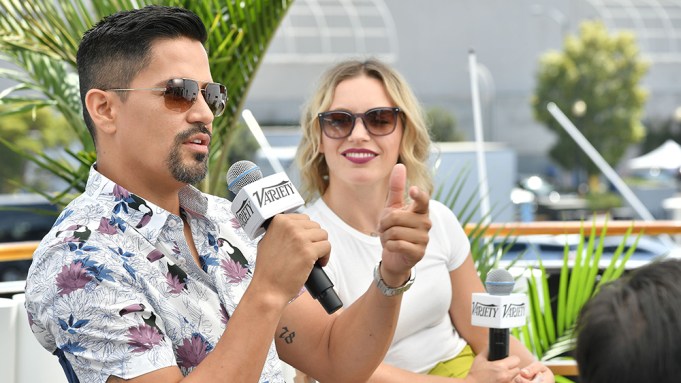 According to the newest “Magnum P.I.” star, Jay Hernandez, having a Latino lead play the titular character in the show’s reboot is about more than just recasting the character for a modern audience.

Hernandez told Variety at its Comic-Con Studio that there’s a psychology involved with television imagery and what viewers are exposed to on a daily basis, and he hopes the show will help reverse negative stereotypes about people of color.

“There’s a lot of negativity attached to people of color, so it’s really wonderful and bold and special to have this opportunity to put that imagery to tell stories and to be on TV and to have something up there that is in very stark contrast to a lot of what we’re absorbing on a subconscious level,” Hernandez said.

“A Mexican-American Magnum is huge to me, I really think it’s awesome,” Hill said. “Especially in today’s political climate.”

“Magnum P.I.” is set to premiere on CBS on Sept. 24. Its pilot is directed by “Fast and Furious” director Justin Lin, and the show also stars Perdita Weeks as Juliet Higgins and Zachary Knighton as Orville Wright.