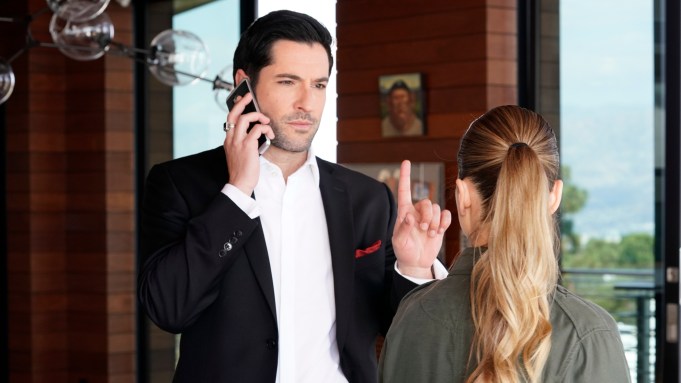 “Lucifer” has been canceled at Fox after three seasons.

The devil drama centered on Tom Ellis as the titular Lucifer, a fallen angel and the Lord of Hell, who worked with the LAPD to take down Earth’s criminals. Lauren German, Tricia Helfer also starred, and Tom Welling had joined the cast for the third season.

Series showrunner Joe Henderson broke the news on Twitter. “So… yeah. #Lucifer has been cancelled,” he wrote. “And it f—ng HURTS. I loved this show so damn much and everyone put their heart and soul into it. Heartbreaking doesn’t begin to describe.

“Lucifer” was produced by Warner Bros. Television in association with Jerry Bruckheimer Television, based on the characters created by Neil Gaiman, Sam Kieth and Mike Dringenberg for Vertigo from DC Entertainment. The series was executive-produced by Jerry Bruckheimer, Jonathan Littman, Joe Henderson, Ildy Modrovich, Sheri Elwood and KristieAnne Reed.

The cancellation comes after Fox axed comedies “The Last Man on Earth,” “Brooklyn Nine-Nine,” and “The Mick.”

Fox previously renewed “9-1-1,” “Empire,” “Star,” “The Gifted,” “The Resident,” “The Orville” and “The Simpsons” for the 2018-19 television lineup. The network has also ordered new dramas “The Passage” and “Proven Innocent” to series, as well as a new comedy entitled “The Cool Kids.” In addition, the network has ordered a new season of Tim Allen’s “Last Man Standing,” which was cancelled at ABC last year after six seasons.

So… yeah. #Lucifer has been cancelled. And it fucking HURTS. I loved this show so damn much and everyone put their heart and soul into it. Heartbreaking doesn't begin to describe.