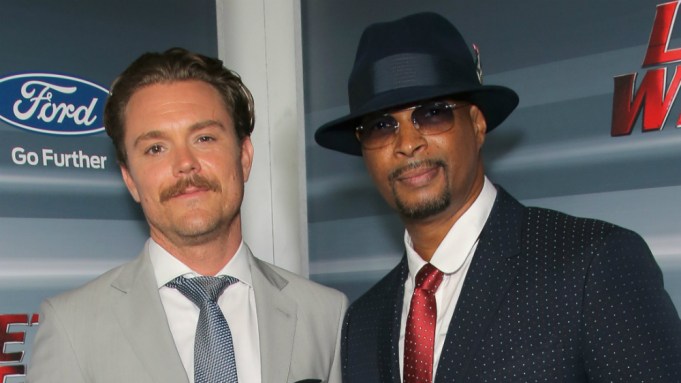 “Lethal Weapon” star Damon Wayans has spoken out via Twitter after the Fox series was renewed for a third season despite the exit of star Clayne Crawford, who was let go from the show after revelations about two on-set incidents for which Crawford received reprimands.

Wayans, who plays Roger Murtaugh, posted a video and image to his Twitter account showing the circumstances surrounding an injury he sustained from a piece of shrapnel on set during an episode Crawford, who played Martin Riggs, was directing. Wayans set his account to private shortly after posting the tweets.

In the video, a small explosion can be seen behind Wayans as he stands near a pillar on set. He then jerks forward with a pained expression and reaches his hand to his head as though hit by something. The image posted in the following tweet shows a cut on his head, which Wayans indicated was from the explosion.

“Now that the fate of the show is solidified…I’d like to address the TWITTER outrage with this video and image to follow,” Wayans wrote, referring to the backlash the show received online at the idea of its continuation without Crawford.

“How does shrapnel from this hit me on the opposite side of the head? #directedby@claynecrawford,” read the second tweet.

Wayans then posted the explanation he was presumably given for the incident. “Below is a rendering seeking to explain yesterday’s incident.  It turns out there was a second shooter, to Damon’s left, on the other side of the pillar behind which his character was crouched, which accounts for what he heard from his left side. @claynecrawford #noapology.”

Wayans added in further tweets that Crawford “became uninsurable” and “relished in making female[s] cry,” and posted an image of a sticker he says could be seen around the lot, which bears the phrase “Clayne Crawford is an emotional terrorist” with an image of Crawford. He also alleged that Crawford “hit another actor in the mouth with a bottle of green tea and busted his mouth open.”

Fox and Warner Bros. Television did not immediately respond to requests for comment.

After news of the reprimands against Crawford broke, the actor posted explanations of both incidents to his Instagram account, saying that in the first, he “reacted with anger” when he felt circumstances on set put cast and crewmembers in danger, and in the second, an actor was hit with shrapnel while Crawford was directing an episode — presumably Wayans.

Warner Bros. opted not to renew Crawford’s contract and hired Seann William Scott to replace him, reportedly as Riggs’ brother in order to keep the Riggs and Murtaugh partnership.