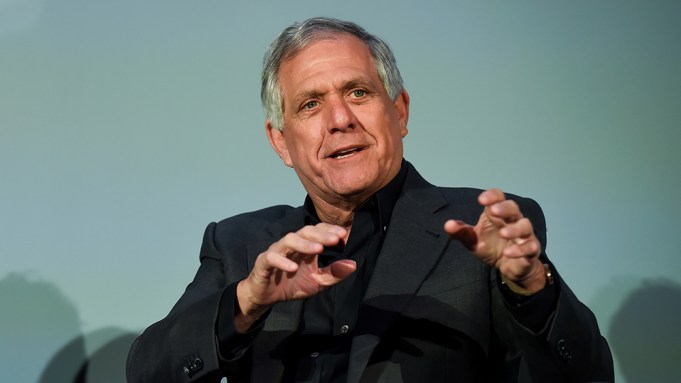 Moonves told Variety’s managing editor of TV, Cynthia Littleton, that “certainty” was a hard word to use in such a climate when Harvey Weinstein allegations were dominating headlines.

“It’s a watershed moment. I know that’s become a cliche and a lot of people have spoken about it over the last short period of time,” he told Variety. “It’s important that companies educate — have an ability to have a dialogue to know what’s going on.”

The chairman went on to say that the industry was shocked by some of the revelations, but added, “It’s important that a company’s culture will not allow for this. And that’s the thing that’s far-reaching.”

He emphasized that the climate in Hollywood last fall affected policies and practices within CBS.

“There’s a lot we’re learning. There’s a lot we didn’t know,” he added. “But there are a lot of things we’re doing as well in terms of education and making people have the ability to be able to come forward. It’s a tough one, it’s affecting all of us.”

Ahead of the New Yorker’s expected expose regarding claims of inappropriate behavior by Moonves over the course of his career, CBS stock has fallen and CBS controlling shareholder Shari Redstone has called for a “thorough, open investigation” of Moonves’ conduct. He will be investigated by an independent firm hired by his board of directors.

The CBS board of directors also released a statement on Friday regarding their impending investigation.

“All allegations of personal misconduct are to be taken seriously. The Independent Directors of CBS have committed to investigating claims that violate the Company’s clear policies in that regard,” they said.

The statement continued: “The timing of this report comes in the midst of the company’s very public legal dispute. While that litigation process continues, the CBS management team has the full support of the independent board members. Along with that team, we will continue to focus on creating value for our shareowners.”

Independent members of CBS’ board have voiced their “full support” at present for Moonves and the rest of his management team.