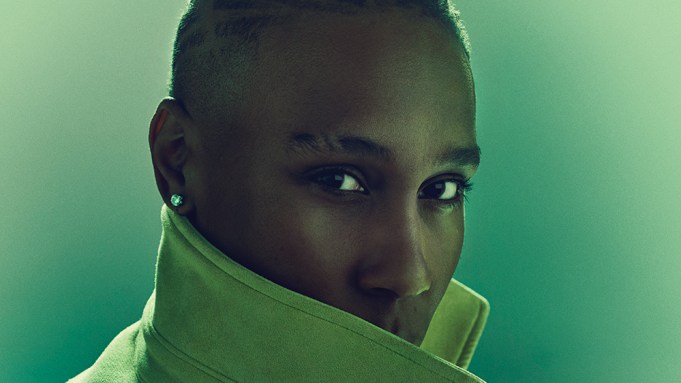 When Lena Waithe first heard those two words of advice from writer-director Gina Prince-Bythewood, she admits she didn’t quite get the message. But as she got older, she grew to understand the power in owning her voice. So she’s adapted it into her own mantra: “Be phenomenal.”

In the year since she made history as the first woman of color to win an Emmy for writing for a comedy series for “Master of None,” she’s put that plan into action on multiple fronts. She inked a first-look deal with Showtime and lined up a jam-packed slate of projects across TV, film and digital. Which means she’s now writing “Boomerang” for BET, casting “Queen and Slim” with director Melina Matsoukas, developing “Them” for Amazon, shooting the pilot for TBS’ “Twenties” and overseeing the second season of “The Chi” for Showtime. And then there are a few acting gigs, just for kicks.

“I started to get a lot of freedom post-Emmy, and it’s something I don’t take for granted,” Waithe says. “I’ve been very mindful of that privilege, and making sure that I’m doing the best writing I can be doing so that privilege isn’t taken away. I think once next year comes, people will get a better sense of who I am, not just as an artist, as a writer, but who I am as a human, and the kind of work I’m going to put out into the world.”

That work includes shining a spotlight on The Trevor Project, the nonprofit focused on suicide prevention among LGBTQ youth.

“They’re doing God’s work,” she says plainly of the charity that honored her at its gala in June. “They’re literally saving lives. How many people can you say go to work and it’s their job to tell someone, ‘You’re beautiful, you’re amazing, the world needs you, don’t take yourself away from the world’?”

Raising funds to help pay for the counselors has become a passion project. “We still are looked down upon because of how we are born,” she says. “And I don’t ever want anyone to ever feel like their lives aren’t as valued as anyone else’s.”

So for Waithe, being phenomenal also means using her newfound visibility to redefine power in Hollywood amid the sea change that’s roiled the industry: “The powerful are not just white straight men anymore,” she says. “They are a black tattooed gay girl from South Chicago.”

For a full Q&A with Lena Waithe, click here.