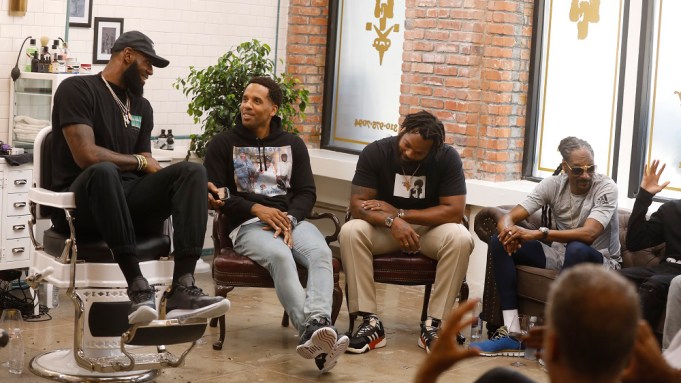 HBO has picked up a new unscripted talk series from LeBron James, “The Shop.”

Produced by James and Carter’s company Uninterrupted and HBO, the series has been ordered for an eight-episode first season.

“’The Shop’ is exactly why we created Uninterrupted,” says LeBron James. “Anyone who has been in a real barbershop, like the ones where I grew up, knows why this show can be so incredible. I’m really excited HBO believed in our idea and is helping us create something special.”

“LeBron James told us he wanted to create a place where athletes and artists can come together to share points of view freely,” said Peter Nelson, executive vice president, HBO Sports. “We are honored they want HBO to be the home of that conversation. We are pleased to partner with LeBron, Maverick Carter and Uninterrupted on ‘The Shop.'”