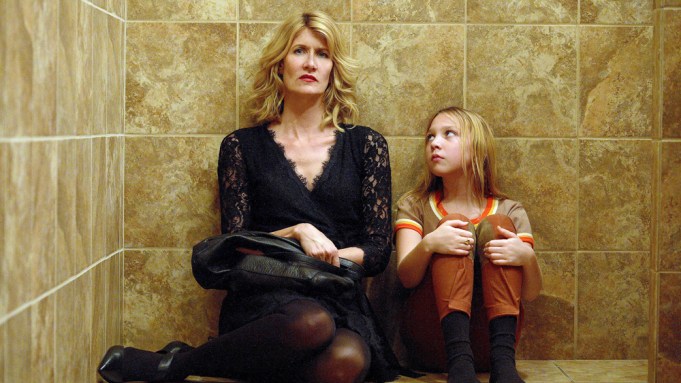 Laura Dern received her seventh Emmy nomination for the HBO movie “The Tale” on Thursday, with the celebrated actress telling Variety that the film goes beyond a story of sexual abuse.

“The theme beyond sexual abuse I think is the theme of the stories and narratives we tell ourselves and how we re-tell stories perhaps in order to survive them,” she said. “There’s this scene with Common and I where he refers to me in the fashion of being a victim, and I get very angry and say, ‘I’m not a victim!’ It is in the zeitgeist for people to say they won’t accept abuse of power anymore, but that won’t change if perpetrators continue to use the tool of shaming us…I feel like we’re determined to not be a victimized generation.”

In the film, Dern stars as a professor and documentary filmmaker who is a survivor of sexual abuse, as she recalls what happened to her when she was 13. The story is based on writer-director Jennifer Fox’s own life. Dern also thanked the Television Academy for their support of the project, as she feels it draws more attention to tough subject matter.

“We know how much this kind of support means in the world of independent film, which [‘The Tale’] started as,” she said. “When it’s something with profoundly important subject matter, you’re wanting audiences to find they’re way to you, so this kind of support will continue to help people find this story, which seems to be making a great impact on so many people.”

And of course, Dern had nothing but love for the cast and crew of “Twin Peaks,” which picked up nine nominations though none in the acting categories.

“My great thrill this morning was for David Lynch to get nominated for directing because he is the greatest revolutionary,” she said. “All my artist friends just pine for anything he creates and to redefine the way stories are told…I wish that ‘Twin Peaks’ was acknowledged in every possible category because working on it blew my mind.”