Laura Dern, Angela Bassett Reflect on Their Own #MeToo Experiences 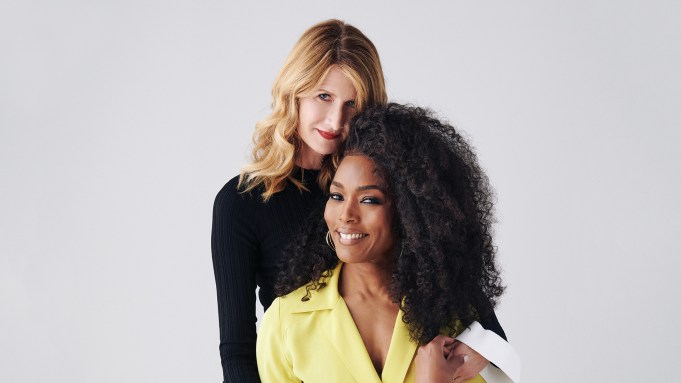 During a segment of Variety‘s “Actors on Actors,” presented by Shutterstock, Laura Dern and Angela Bassett reexamined some of their early acting experiences in the wake of the Me Too movement.

“That moment that I thought was fine which absolutely wasn’t fine; that moment where I thought, ‘Oh this is generational and that’s how people talk,’ or ‘I guess that’s how men should treat me,'” Dern said. “I just replayed my whole childhood — because I started acting at 11 — back to myself, and it was shocking.”

Bassett remembered experiencing some discomforting childhood incidents as well, which she recalls through different eyes now, as a mother.

“I remember years later I tried to bring it up to my mother, and she was like, ‘I don’t want to talk about that,'” Bassett said. “As a grown woman, I thought she was strong in that moment because she took a stand for me and made sure it never happened again. But I think as a mother, now that I put myself in her shoes, it would have been such a moment of personal shame.”

The pair discussed Me Too issues in relation to Dern’s new HBO film, “The Tale,” in which Dern’s character must reckon with her previously-suppressed memories of childhood sexual assault. Dern explained her relationship with the character, as well as Jennifer Fox’s directorial vision. The movie is based on Fox’s real-life experiences.

“As much as I felt isolated from the trauma that she walked through, I realized that the story she wanted to tell about memory is something we all relate to because we’ve all retold a story to ourselves in order to survive a story of heartbreak, of family divorce, of loss,” Dern said. “I started reading it and realizing how much I had made up to survive something.”

“Actors on Actors” will air in two parts on PBS SoCal KOCE. The first episode airs on June 19 at 7 p.m. and the second on June 21 at 7 p.m. Watch the full clip from the Dern-Bassett interview above.