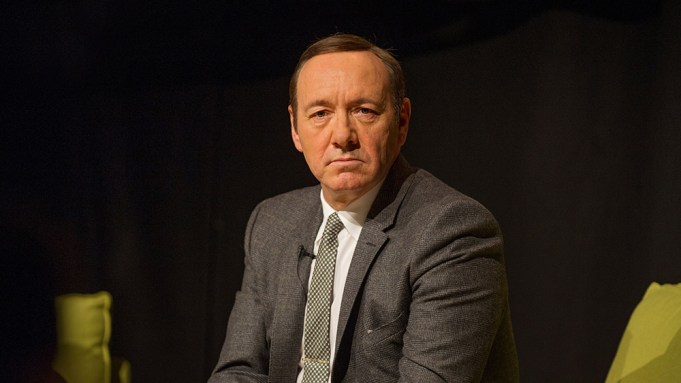 According to the Barnstable County Superior Court clerk’s office, Spacey will be arraigned on a charge of indecent assault and battery on a person 14 or over at Nantucket District Court on Jan. 7.

In a statement obtained by Variety, Cape and Islands, Mass., District Attorney Michael O’Keefe said a hearing was held on Dec. 20, where Clerk Magistrate Brian Kearney issued a criminal complaint for the charge “against Kevin S. Fowler, also known as Kevin Spacey.”

The former news anchor for ABC affiliate WCVB said Spacey provided her 18-year-old son (who had told Spacey he was 21) with numerous drinks before reaching down his pants and grabbing his genitals.

Spacey’s lawyer did not immediately respond to Variety‘s requests for comment.

Spacey also appears to have posted a bizarre, three-minute YouTube video on Monday titled “Let’s Be Frank,” in which he speaks to the camera in the guise of his “House of Cards” character Frank Underwood, who was killed off in the show’s sixth and final season.

Let Me Be Frank https://t.co/OzVGsX6Xbz

In the video, Spacey seems to address the decision to kill off his character on “House of Cards” following his firing last year. He also appears to reference the real-life allegations of sexual assault that surfaced last year, derailing his career. The video depicts Spacey in a kitchen setting wearing an apron bedecked with Santa Claus imagery.

“Despite all the poppycock, the animosity, the headlines, the impeachment without a trial. Despite even my own death, I feel surprisingly good and my confidence grows each day that soon enough you will know the full truth,” Spacey says.

Spacey’s monologue, delivered over a kitchen sink, veers from references to “House of Cards” to an oblique defense against widespread charges of sexual misconduct that began to emerge late last year as the #MeToo movement gained steam. Among the many allegations against Spacey was the accusation that he assaulted actor Anthony Rapp at a party in New York when Rapp was 14.

“You wouldn’t believe the worst without evidence, would you? You wouldn’t rush to judgment without facts, would you? Did you? All this presumption made for such an unsatisfying ending and to think it could have been such a memorable send off. I can promise you this: If I didn’t pay the price for the things we both know I did, I’m certainly not going to pay the price for the things I didn’t do.”

In closing, Spacey taunts the viewer by asking the question, “You never actually saw me die, did you?” He then puts what looks like a wedding ring on his index finger and glowers at the camera. “Conclusions can be so deceiving,” he says. “Miss me?”

The video ends with an exaggerated musical flourish indicating a cliffhanger ending.

It could not immediately be confirmed if Spacey was in fact behind the video. Netflix declined to comment. A source close to Netflix said the streaming giant had no involvement with the video.

In October 2017, actor Anthony Rapp accused Spacey of making a sexual advance at a party in 1986. Twenty other men came forward to report that Spacey had engaged in inappropriate sexual behavior during his tenure as the artistic director of the Old Vic theatre in London.

Spacey is under criminal investigation in the United Kingdom, where authorities have invested six complaints against him. In Los Angeles, the Sheriff’s Department investigated an allegation that Spacey committed forcible sodomy in 1992, but the case was rejected by the District Attorney’s office due to the statute of limitations.

The Sheriff’s Department submitted a second case to prosecutors in September. The victim in that case, a massage therapist known only as John Doe, filed a civil suit against Spacey later that month, alleging that Spacey had grabbed his hand and forced it onto his genitals. The suit alleged that Spacey tried to kiss the man and offered to perform oral sex.