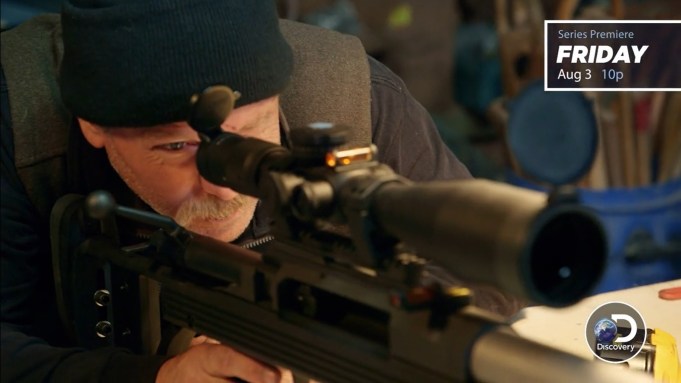 Discovery has ordered the documentary series “Mad Dog Made,” which will highlight the work of renowned weapons maker Kevin “Mad Dog” McClung, Variety has learned exclusively.

The series, which will debut Aug. 3 at 10 p.m., will see McClung create state-of-the-art hand-held weapons and tools like a tactical fire axe to a super-long-range rifle used to defend against weapons of mass destruction.

McClung’s team throughout the builds includes his quick-witted daughter Morgan and Jacob Sanchez, who brings over 15 years of professional experience in blacksmithing, carpentry and aerospace mechanics.

During the season, the team also builds devices including a Mars multi-tool that must be compatible with an astronaut’s pressurized space suit and function on a space station, in the vacuum of the deep space, or on the surface of Mars itself. They also create a protection apparatus for bush pilots to use against predators in the event of a crash landing in the wilderness.