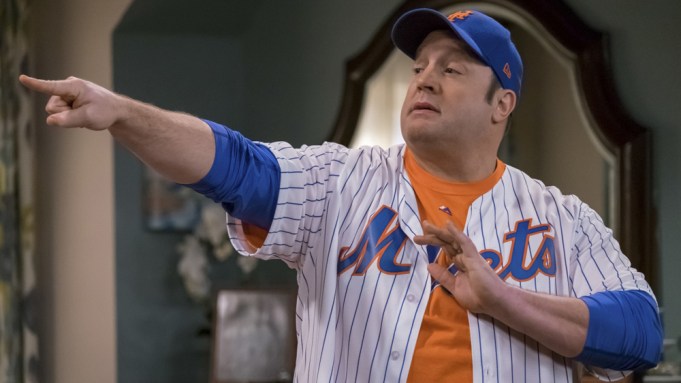 “Kevin Can Wait” has been canceled by CBS after two season, Variety has learned.

“Kevin Can Wait” underwent a creative overhaul between seasons one and two, with original co-star Erinn Hayes’ character written off the show and Remini joining the cast, reuniting James with his former “King of Queens” co-star.

But the show still saw a big ratings slide in its second season. The cancelation after investing in two seasons is a tough cut for Sony Pictures Television, which will shop the series to other buyers.

CBS has cleaned house of underperforming shows as it prepares to unveil its 2018-19 season plans to advertisers at Carnegie Hall in New York on Wednesday. The ax fell today on drama “Scorpion” and comedy “Superior Donuts.” First-season comedies “Living Biblically” and “9JKL” are not expected to be renewed.