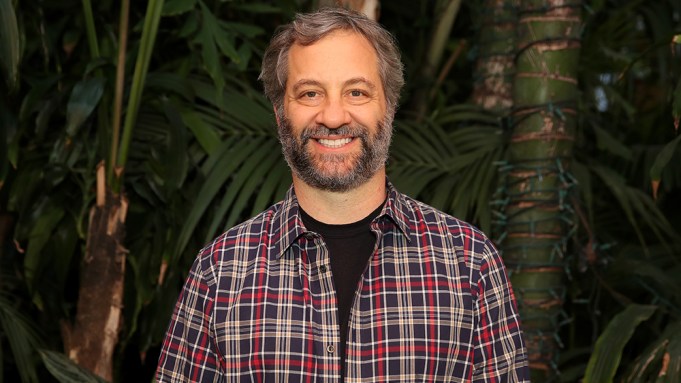 In an era of peak TV, which is a seller’s market with traditional platforms and emerging studios alike eager to find new material, the positives come from the fact that there is a plethora of content that speaks to a wide range of individuals. But the negatives, veteran producer Judd Apatow considers, is that in some cases the same people are making multiple deals.

“A danger of the situation is a lot of people are over-extended and where’s the quality control?” Apatow pointed out at Variety‘s Tune In! TV Summit in Los Angeles Wednesday. “It’s hard to make one TV show, and I don’t know how people do it.”

In a conversation with Variety’s managing editor, TV, Cynthia Littleton, Apatow shared that he, personally, isn’t looking to work on multiple series at the same time.

“I have to focus on not extending myself to a place where I can’t do my best work because I need a deal where I have to deliver 11 series. That’s not a place I can create from,” Apatow said. “I feel like I wouldn’t do a good job. [Although] I could make 11 sh–ty shows.”

Similarly, he’s not interested in being too political in his series, despite “ranting” about politics on a stand-up stage and tweeting about the news because of the responsibility he feels. “We all have…to pay attention to what’s going on and to speak up and fight for what’s right.

“It’s very difficult because I read something every day and I feel it’s important that people know about it [but] I don’t know how you do it in real time,” he said of bringing daily news headlines into scripted programming. “I think in the future there will be incredible movies about Michael Cohen turning on Trump, but we’re in the middle of it.”

Apatow has come a long way from his first television jobs, which included writing for the 1991 Grammy Awards, as well as writing stand-up acts for Tom Arnold and Roseanne Barr. Now he is in a position where is often asked to attach his name to projects, but he shared that he is “very uncomfortable” having his name on something that he’s “not sweating blood for.”

.@JuddApatow on pitching 'The Zen Diaries of Garry Shandling' to @HBO and how 'The Larry Sanders Show' helped define the network https://t.co/feovWxvY47 pic.twitter.com/HOedCbnM2g

“The idea of it is, ‘Hey this will be easier because we’ll put your name on it and you get a piece and you don’t have to do nothing,'” he said, “but I’m miserable because I don’t trust anybody.”

So he focuses on the projects that he is passionate about — including “The Zen Diaries of Garry Shandling” and “Crashing,” both for HBO.

The latter came out of an improvised pitch that comedian Pete Holmes gave him during a sketch they worked on together that was basically “him pitching me bad ideas for movies and TV shows, and I was rejecting them,” Apatow recalled. Holmes riffed on the idea of a struggling comedian whose wife cheats on him, which Apatow pointed out was Holmes’ story in real life.

“In the sketch I heard it and I went, ‘No, that’s terrible, that’s so sad,'” Apatow said. “And about a year later Pete said, ‘Maybe that would be a good idea,’ and we talked about it and set it up at HBO and are shooting our third season now.”

Apatow added that “there is nothing that’s made my life better than not working for network television.”

“It’s creativity with a gun to your head because they could cancel you at any moment,” Apatow said. On newer platforms such as Netflix, where Apatow had projects like “Love” and “Judd Apatow: The Return,” he noted, “Ted Sarandos won’t just walk onto your set and pull the plug.”

“You’re getting to finish thoughts. You finish a bunch and then you have a conversation — ‘Do you want to make a bunch more?'” he said.

He also enjoys the freedom to “plot and hire people and figure things out.” Netflix bought two seasons of “Love,” for example, without having seen the pilot. Conversely, Apatow recalled times when broadcast network executives would give notes that made no sense but the implication was the show would be canceled if the note was not taken.

“I probably come at this from a very spoiled angle, which is my own concern is making good things that I want a lot of people to see,” Apatow said of his strategy for creating content today.

“I hope if they watch my show they remember it because they’re probably watching the entire series of ‘Friends’ over eight days. …There are shows that are so brilliant and people watch them in a day, and then how much can you hold? How much can you remember from a great episode if people are bingeing so much TV?”