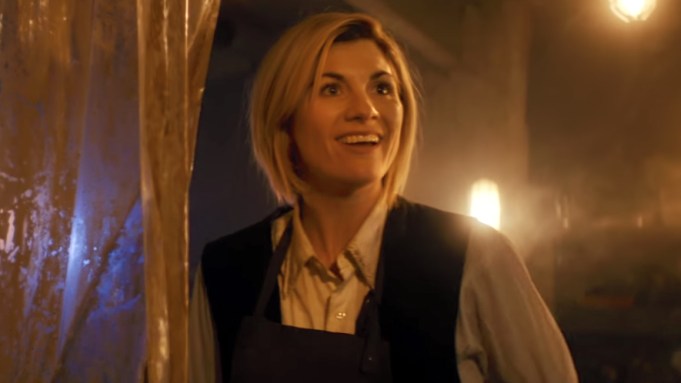 Another season of “Doctor Who” usually means another season of time-bending interdimensional adventures and, every so often, the debut of a brand new Doctor. But Season 11 of the long-running British science fiction television show marks more than just the standard debut of the new Doctor.

From “Broadchurch” fame comes Jodie Whittaker as the 13th Doctor, marking the first time a woman has played the Doctor in the series’ 54 years on air. Along with the newest incarnation of everyone’s favorite Time Lord comes a new showrunner, Chris Chibnall, who will replace Steven Moffat when the show airs in autumn 2018.

The trailer opens with a shot of Whittaker startled, likely after her regeneration from Peter Capaldi’s body. “All of this is new to me,” she says. “New faces, new worlds. New times. So if I asked really, really nicely, would you be my new best friends?”

We then see her standing with her new companions: Mandip Gill, Tosin Cole, and Bradley Walsh as Yasmin, Ryan, and Graham.

Sharon D. Stone is also set to appear in an unspecified recurring role. The newest iteration of the series will be a reduced 10 episodes, though at a longer 50 minutes each. BBC America has yet to unveil a release date, with the trailer only promising that it will debut this fall.