Jenifer Lewis: ‘We, as Women, Do Not Apologize to Kavanaugh’ 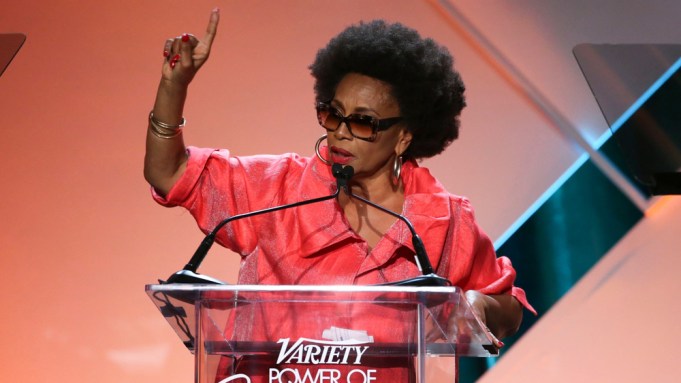 “We, as women, do not apologize to Kavanaugh. Let that go on the record,” Lewis said. “I have bipolar disorder myself. I know what mania looks like. I know that the man in the highest office, and Kanye West, and probably several others who surround him, are mentally ill.”

She also drew attention to some of America’s most pressing issues, including Flint’s contaminated water and gun control. “Flint ain’t fixed,” Lewis said. While on her recent book tour, the “Black-ish” actress said she experienced the tragedies first hand, meeting with survivors from the Parkland shooting and seeing the town of Flint in person.

“I’m in the trenches, ladies and gentleman, and I am unafraid,” she added.

However, Lewis’ singing voice was the star of the speech, which featured a short song she wrote after watching Parkland students exit their high school during the shooting that took place in February. “America, shame,” she sang. “Our children shouldn’t have to run from bullets. They should be somewhere having fun. They should never ever even see a gun.”

Lewis still let her comedic side shine, through. While introducing the afternoon’s honorees, Lewis made sure to add short jokes after every announcement, even engaging in a playful shouting match with actress Tiffany Haddish from across the room.

Lewis also relayed several faux stories, including one involving an exhausting morning of fake phone calls with Melania Trump, Lindsey Graham, and Kanye West — the last of which she made sure to tell the audience she didn’t take.