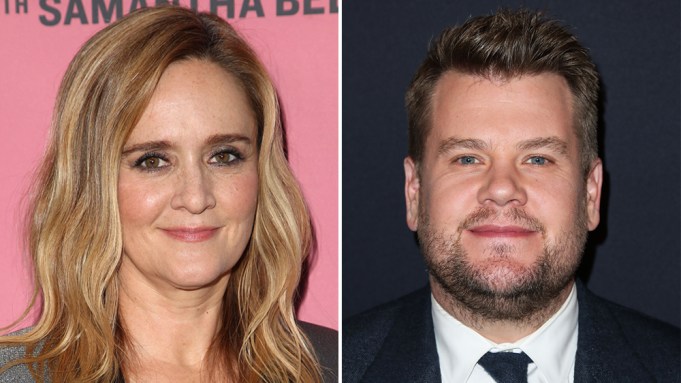 Like Samantha Bee, James Corden is a late-night host and comedian. Unlike Bee, Corden is British.

According to Corden, in the U.K., Bee’s controversial choice of words to describe Ivanka Trump on her TBS show would not have been perceived as an insult.

“It’s hard for me, because I’m British, so we use that word all the time. In many pubs across the country, calling someone a feckless c—, that’s a compliment in some parts of Britain, so I didn’t really get what all the fuss was about,” Corden told Variety at the premiere of “Ocean’s 8” in New York City on Tuesday evening.

“I think we all hold the right to offend or to be offended, and that’s our right, as long as you understand that’s particular to you,” Corden continued. “And being offended as particular to you is a pain in your leg — it’s like if I have a pain in my leg and I expect everybody else to have a pain in their leg as well. It’s a completely subjective thing, and we’ve got to be really careful that it doesn’t ever spiral out of control.”

On last week’s “Full Frontal With Samantha Bee” on TBS, Bee referred to Ivanka Trump as a “feckless c—.” The backlash for her vulgar insult was swift, and Bee apologized to Trump, saying she “crossed a line, and I deeply regret it.” Since, President Donald Trump has tweeted calling for Bee to be fired in the wake of Roseanne Barr’s series being cancelled by ABC, and many critics have slammed Bee for her mistake. TBS appears to be standing by Bee, who Wednesday night, will air the first new episode of “Full Frontal” since the controversy exploded.

Aside from starring in this weekend’s highly anticipated “Ocean’s 8,” Corden is gearing up to bring his CBS series “The Late Late Show” to U.K. later this month for the second year in a row — so, if he chooses to discuss Bee’s scandal, he apparently won’t have to censor himself across the pond.