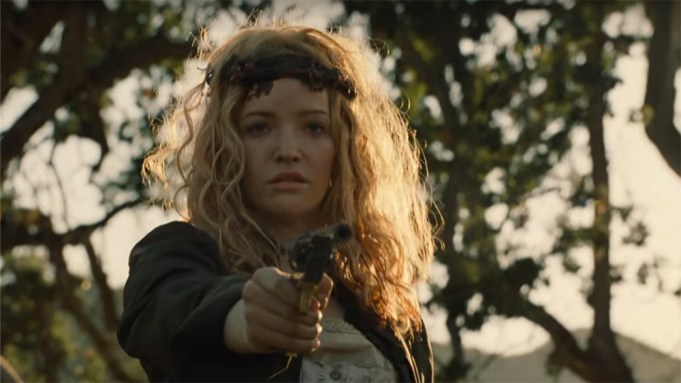 The official trailer for Season 2 of “Westworld” has finally arrived.

“I dreamt I was on the ocean,” Jeffrey Wright’s Bernard Lowe tells Evan Rachel Wood’s Dolores. “You and the others were on a distant shore.”

The footage, scored to a cover of Nirvana’s “Heart-Shaped Box” by series composer Ramin Djawadi, also shows Thandie Newton’s Maeve on the hunt for her daughter, while Ed Harris’ Man in Black is excited that he is finally able to play a game with serious stakes.

Later, Dolores is seen in all her gun-toting glory as she leads a host rebellion against the guests and their human creators. “Did you ever stop to wonder about your actions? The price you’d have to pay if there was a reckoning?” she asks. “That reckoning is here.”

Fans also get their first (albeit brief) look at the the new destination revealed at the end of Season 1 — Shogun World.

“Westworld” returns to HBO for it second season on April 22. Watch the trailer above.