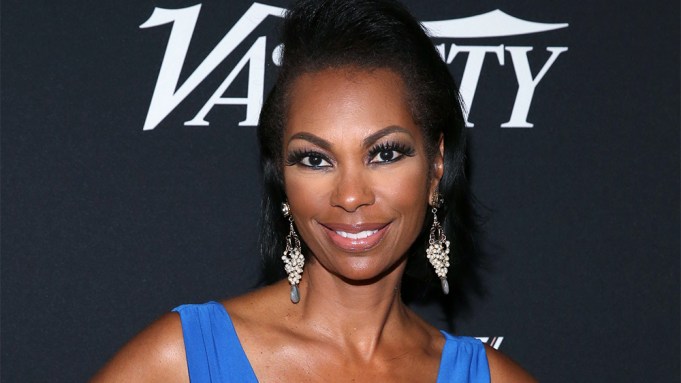 Leslie Jones impersonated Harris Faulkner on last weekend’s season premiere of “Saturday Night Live,” and she has the stamp of approval from the Fox News anchor herself.

Faulkner, who is one of 50 honorees to make Variety‘s New Power of New York list in this week’s issue, told Variety that she’d like for “SNL’s” Jones to play her in a movie, when asked who she’d like to play her in one of the Roger Ailes projects currently in the works.

Both a TV series and film are in the works about the sexual harassment saga at Fox News, revolving around the late Ailes. On Friday, Naomi Watts was cast as former Fox News anchor Gretchen Carlson in Showtime’s limited series, which will star Russell Crowe as Ailes. And John Lithgow will play play Ailes in Annapurna’s A-list film, alongside Nicole Kidman as Carlson, Charlize Theron as Megyn Kelly and Margot Robbie as a producer.

No plans to cast a Harris Faulkner character have been announced yet, but should her likeness make it to screen, Faulkner would be happy to see Jones play her in a scripted drama.

“You mean it’s not going to be Leslie Jones?” Faulkner told Variety. “She did a pretty good job on ‘SNL’ — I mean, the girl even had my fake news lashes on! Yeah, I’d be alright with that, if she’d like to do a little drama because I can throw a side-eye too. It’s not all about the humor, Leslie.”

Faulkner also spoke about the positive change in workplace culture at Fox News ever since Ailes was ousted after numerous sexual harassment claims, and Suzanne Scott, the cabler’s first-ever female CEO, took the network’s top position. (Scott was also one of the 50 people to make Variety‘s New Power of New York list.)

“Having a CEO, having that person run a news corporation who’s female, is already a talking point,” Faulkner told Variety. “Having someone who really understands the issues because she was inside with the rest of us as things were going on and news was breaking about that and we became the story, I think it puts a new twist on it. I feel like she’s more accessible than any boss I’ve ever had because she gets who we are, and the struggle and she gets the #MeToo movement. And not as a sort of corporate box check, but as, ‘Yeah, I’ve been there, I understand it and I know that going forth, each decision that I make…has to at least adhere to the notion that everybody gets listened to.'”

Faulkner noted that the network has five shows lead solo by female anchors: Dana Perino, Shannon Bream, Martha MacCallum, Laura Ingraham and herself. Faulkner — who hosts her own daytime show, “Outnumbered Overtime” — is the only African American woman to lead a weekday cable news show.

“That statistic for weekday still boggles my mind because I hear that we’re talking all about diversity and inclusion, I just don’t see a lot of it on the street. It’s not at zero, but it’s at such a low number that, I mean, it’s a single digit,” Faulkner says about the lack of diversity in the news industry. “I feel really blessed to work in a place that values me for what I bring as a journalist and as a professional storyteller and navigator of the news. But I also know that they appreciate about me, my perspective as a woman, as a black woman…And I want more women and men in diversity lanes to feel that way, so I’m waiting for the industry to catch up with Fox News — but we wait a lot because we’re no.1.”