‘Hap and Leonard’ Canceled After Three Seasons at SundanceTV 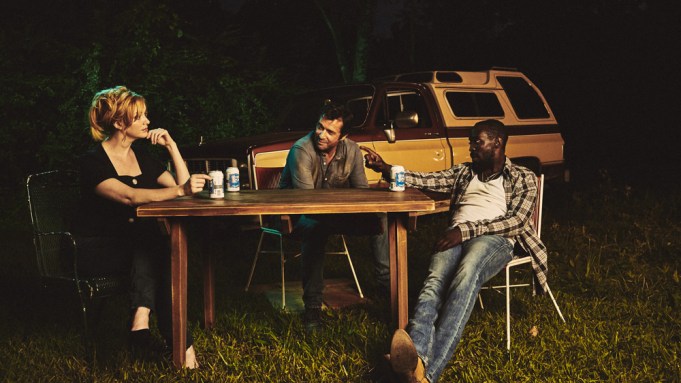 “Hap and Leonard” has been canceled after three seasons, Variety has confirmed.

The SundanceTV anthology series was based on the novel series of the same name written by Joe R. Lansdale, with each season based on one of the novels. It followed two lifelong best friends, Hap Collins (James Purefoy), an East Texas white boy with a weakness for Southern women, and Leonard Pine (Michael Kenneth Williams), a gay, black Vietnam vet with a hot temper. Over the three seasons, the show also featured stars like Christina Hendricks, Jimmi Simpson, Tiffany Mack, Cranston Johnson, Brian Dennehy, and Irma P. Hall.

Lansdale announced the cancellation on social media, writing, “‘Hap and Leonard’ officially canceled. Sundance’s highest rated show, 100 percent on Rotten Tomatoes. Three Seasons wraps it up, dudes. It was an honor to have worked with the folks on the show, actors, crew, writers, and thanks for putting up with grumpy me. Wish there were more seasons, but hey, we got three, and they were very fine indeed.”

Season 3 wrapped up in April. It averaged 200,000 viewers per episode in Live+Same Day.

“It has been an honor to share the adventures of ‘Hap and Leonard’ with SundanceTV viewers,” SundanceTV said in a statement. “We thank the talented cast and crew who brought Joe Lansdale’s stories to life including John Wirth, Jim Mickle, Jeremy Platt and Linda Moran — and the extraordinarily talented Michael K Williams and James Purefoy. We aired three successful seasons of the show and are proud of the topics and relationships it explored.”