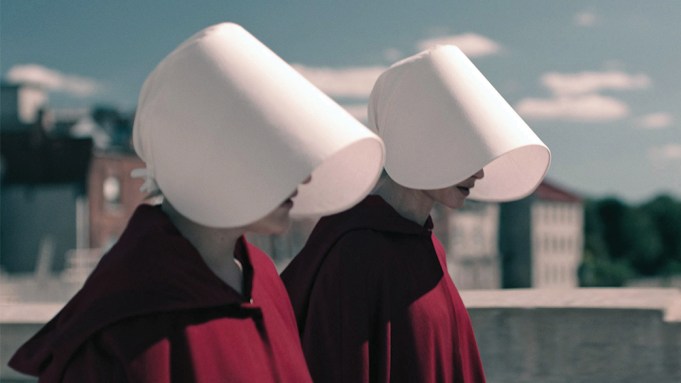 The company behind a “sexy” handmaid costume pulled the item and issued an apology on Thursday. The news comes after a public outcry, with many calling the revealing costume inappropriate, given that the novel and Hulu series it’s inspired by, “The Handmaid’s Tale,” is about the oppression of women’s bodies by the authoritarian government.

The online retailer Yandy, which created and sold the costume, apologized on Twitter.

“Over the last few hours, it has become obvious that [the costume] is being seen as a symbol of women’s oppression, rather than an expression of women’s empowerment,” the company said in the statement. “Our initial inspiration to create the piece was through witnessing its use in recent months as a powerful protest image.”

Before being removed from the site, the costume’s description read: “An upsetting dystopian future has emerged where women no longer have a say. However, we say be bold and speak your mind in this exclusive Brave Red Maiden costume featuring a red mini dress, a matching cloak with an attached hood, and a white bonnet headpiece.”

Twitter users have said Yandy’s costume was missing the point by “sexualising a show about misogyny and rape.”

We're now beyond satire. "Sexy" Handmaid's Tale outfit. There's nothing like fighting the patriarchy by sexualising a show about misogyny and rape. ht @bustle pic.twitter.com/aTaAsc0Zhf

The sexy handmaid’s costume stands in stark contrast to the way activists have recently donned the crimson capes. In early September, women dressed in the costume protested against Supreme Court nominee Brett Kavanaugh’s stance on abortion during his confirmation hearing.

In the corridor outside the Brett Kavanaugh confirmation hearings, “The Handmaid’s Tale” pic.twitter.com/13qhg5rYDu