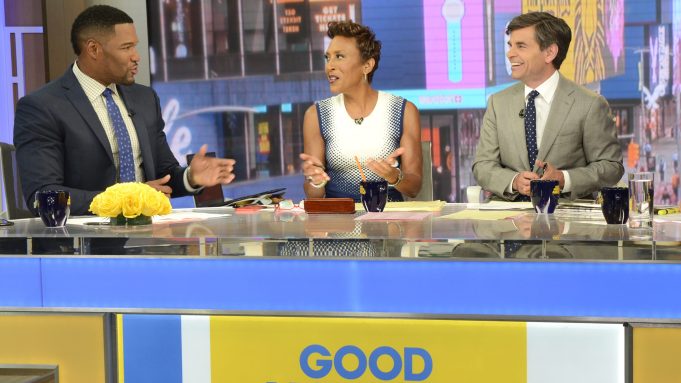 “Good Morning America” is about to surface again in the afternoon.

ABC said it plans to launch a third hour of the popular program, at 1 p.m. weekdays. The new hour of the show will replace the daytime cooking program “The Chew,” which will continue to run until September.

“We believe there is great opportunity for viewers and advertisers in expanding to a third hour,” said Ben Sherwood, co-chairman, Disney Media Networks, and president, Disney|ABC Television, in a statement.

The new hour is expected to be taped, not presented live, according to a person familiar with the matter. One current scenario being sketched out for the new program would involve making use of the live, in-studio audience assembled each morning for the original program’s second hour.

”GMA” enjoyed an afternoon presence in the not-too-distant past. Josh Elliott and Lara Spencer co-anchored a short run of “Good Afternoon America” between July and September of 2012. ABC said anchors for the program and a special title would be announced in months to come.

The expansion to afternoons comes as ABC is also boosting a revamped digital presence for the show. In April, the show launched a morning newsletter and unveiled a revamped “GMA” website that was not tied to ABC News’ content deal with Yahoo. At the time, Michael Corn, “GMA’ senior executive producer, noted that producers often gathered together more information and material than the 7 a.m. to 9 a.m. program could handle.  “We have so much content and a two-hour program isn’t even enough for the amount of stories we have to tell, and the amount of information we have,” he told Variety.

“GMA” makes its leap as its main battle with NBC’s “Today” seems to have grown more intense. “Good Morning America” remains TV’s most-watched morning program, but “Today” has shown signs of life since NBC unveiled Hoda Kotb and Savannah Guthrie as its new co-anchor team in the wake of the firing of longtime host Matt Lauer in late November. “Today” typically wins more viewers between 25 and 54, the demographic most favored by advertisers, than its ABC competitor. But on occasion it also captures more viewers overall. “Today” last week edged out “GMA” in overall viewers. Season to date, however, “GMA” has captured 28,000 more viewers than “Today.”

“We recently expanded ‘GMA’ through our social channels and a newly launched website,”said James Goldston, president of ABC News, in a statement. “Now we will build a whole new hour of compelling content that is true to ‘GMA’’s spirit.”

“The Chew” will end after seven seasons and more than 1450 episodes.  “Before ‘The Chew,’ no one had attempted a talk/food hybrid,” said Gordon Elliott, the show’s creator and executive producer.” I know I speak for all of the people who work on the show when I say it was the best television we have ever had the privilege to produce.”