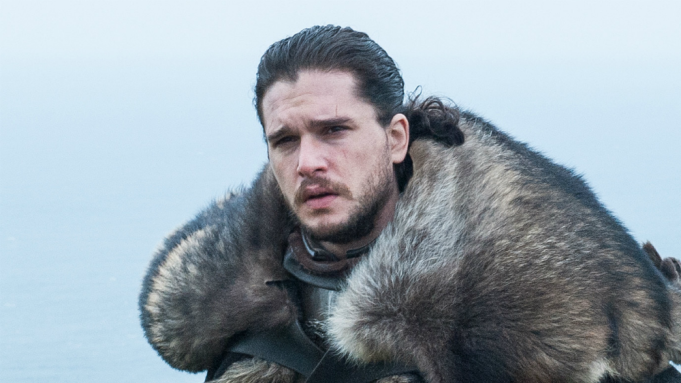 “Game of Thrones” may be coming to an end this year after eight seasons, but the creator of the HBO hit’s world would’ve liked to continue the show for several more years.

“We could’ve gone 11, 12, 13 seasons,” George R. R. Martin told Variety at the Primetime Emmys red carpet on Monday, where “Game of Thrones” leads the nominations with 22. He said the decision to end the series now was up to showrunners David Benioff and D.B. Weiss.

“David and Dan have been saying for like five seasons that seven seasons is all they would go,” the “Game of Thrones” author continued. “We got them to go to eight but not any more than that. There was a period like five years ago when they were saying seven seasons and I was saying 10 seasons and they won, they’re the ones actually working on it.”

As for a spinoff for any of Westeros’ beloved characters, Martin said he thinks the story has come to an end, and the show’s stars, including Emilia Clarke, Kit Harington, Peter Dinklage, Maisie Williams and Sophie Turner, are ready to explore new projects.

“I know all of the actors, as great as they are, all the actors are anxious to get on and play other roles,” Martin said.
“They don’t want to spend their entire lives playing one role and that’s fine, that’s great, we had such an amazing cast.”

This year, “Game of Thrones” is up for best drama series, directing (Alan Taylor for “Beyond The Wall” and Jeremy Podeswa for “The Dragon and the Wolf”), writing (David Benioff and DB Weiss for “The Dragon and the Wolf”), fantasy/sci-fi costumes, single-camera hairstyling, single-camera non-prosthetic makeup, music composition, production design, prosthetic makeup, editing, sound mixing, special visual effects, and stunt coordination.

Meanwhile, on the acting side, Nikolaj Coster-Waldau and Peter Dinklage are nominated for supporting actor, while Lena Headey landed a supporting actress nod. Diana Rigg received a nomination for guest actress in a drama.