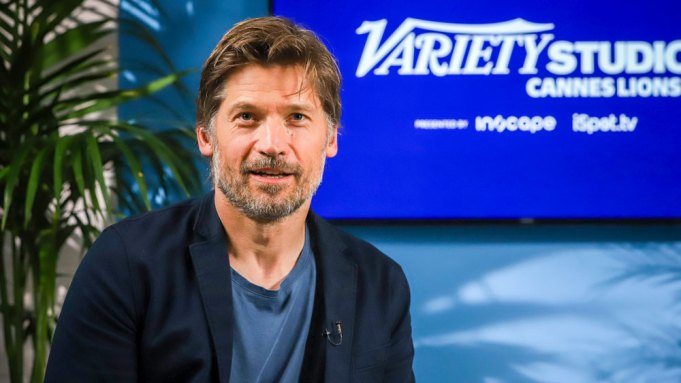 Winter has at last arrived in Westeros, and Jaime Lannister has indeed filmed his final scene on “Game of Thrones.”

“I don’t think it’ll ever be gone from my life. I’m going back to Belfast next week,” Nikolaj Coster-Waldau, who plays the incestuous warrior on HBO’s acclaimed series, told Variety’s New York bureau chief Ramin Setoodeh at Cannes Lions. “I’m not 100% done, but I’ve shot the last scene with me.”

Aside from potentially hinting that the final scene of the series might not include the one-handed heir to the Lannister line, Coster-Waldau praised creators D.B. Weiss and David Benioff for how they close the final six episodes. “They just couldn’t have done a better job on ending our story,” he said. “We’ve worked harder than ever before. We spent twice as much shooting these six episodes than we did on two full seasons before. No expense has been spared. We’ve gone all in.”

Coster-Waldau also addressed how the show strikes a “fine balance” in conveying shocking storylines and putting plot first. “I think that’s what the show has been very good at,” he said. But he did acknowledge that Shireen being burned at the stake “was just cruel. I understand why they did it, but I just couldn’t watch it. And it was difficult to even read.”

The actor also struggled with Robin Arryn’s continual breastfeeding even at age seven. “It was so weird and wrong on every level,” he said.

Despite the large cast and crew on “Game of Thrones,” Coster-Waldau commended that “we haven’t had any a–holes on the show. It’s quite something.” After nine years since they shot the pilot, he noted his longstanding affection for his castmates that will continue once the show wraps in 2019. “I’m gonna miss all those people, that’s for sure.”

Coster-Waldau also spoke out about gender representation and equality in light of the Me Too and Time’s Up movements of this past year.

“Globally, there’s a lot of work to be done. You still have 150 countries, more, where they have legislation that discriminates against women,” he said. “But you do have a feeling that the times are changing, and they’re changing fast in a good way.”

He also noted how society will look back in 20 years and probably think: “How could that happen back then? Why didn’t people do more? How did you ever function under those rules?”

In recognizing that “there’s still a long way to go,” he also acknowledged how “you can see it changing.”

“It’s one of those things where there is no way back, because it makes sense,” he said. “It’s going to happen because it’s the only right thing.”

The final season of “Game of Thrones” is slated to return in 2019.