Continue to Variety SKIP AD
You will be redirected back to your article in seconds
Oct 30, 2018 1:00pm PT 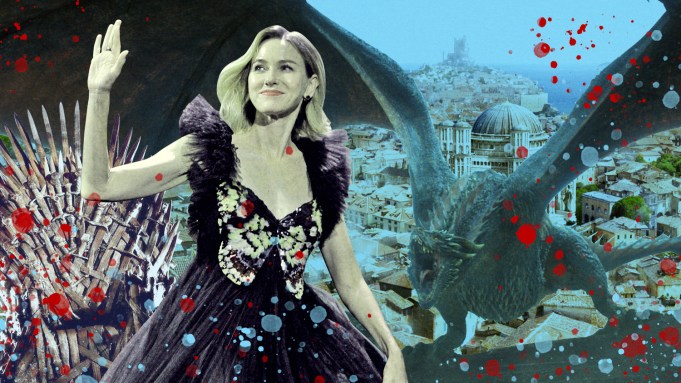 Naomi Watts will star in the “Game of Thrones” prequel pilot at HBO that hails from Jane Goldman, Variety has learned.

The exact details of Watts’ character are being kept under wraps, but it is known she is playing “a charismatic socialite hiding a dark secret.”

It was recently announced that Watts had signed on to play Gretchen Carlson in the Roger Ailes limited series currently in the works at Showtime. She previously appeared in Showtime’s revival of “Twin Peaks,” and is known for her roles in films like “Mulholland Drive,” “I Heart Huckabees,” “Birdman or (The Unexpected Virtue of Ignorance),” “St. Vincent,” “The Ring,” “King Kong, and “J. Edgar.” Watts also earned Academy Award nominations for her roles in “21 Grams” and “The Impossible.” She is repped by CAA, Untitled Entertainment, and Hansen Jacobson.

Taking place thousands of years before the events of “Game of Thrones,” Goldman’s project chronicles the world’s descent from the golden Age of Heroes into its darkest hour. And only one thing is for sure: from the horrifying secrets of Westeros’ history to the true origin of the white walkers, the mysteries of the East to the Starks of legend–it’s not the story we think we know.

Goldman’s series is one of five “Game of Thrones” projects that has been in the works at HBO. The exact nature of the plot of each project has been kept under tight wraps, though Martin has previously made clear that each project is a prequel rather than a spinoff and that none of the current main cast of the series will be involved. He has also ruled out fan theories that any of them will focus on his characters Ser Duncan the Tall and Aegon the Unlikely, or Dunk and Egg as they are popularly known. He has also said that Robert’s Rebellion will not be the subject of any of the prequels.