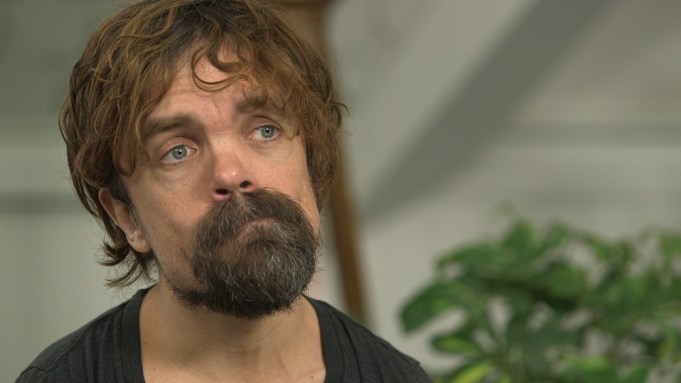 “Game of Thrones” star Peter Dinklage thinks the show is coming to an end at the perfect time.

“It’s time,” the actor said at Variety’s Sundance Film Festival studio. “Storywise, not just for all our lives. It’s the perfect time to end it. Sometimes shows stay on a little too long, the jumping-the-shark thing.”

Dinklage plays fan-favorite character Tyrion Lannister in the HBO mega-hit. Over the course of the show’s run, Tyrion has gone from simple Lannister royalty, to the Hand of the King for the reviled Joffrey Baratheon, to a patricidal fugitive, and now stands as the Hand of the Queen to Daenerys Targaryen. Dinklage added in the interview that it’s never easy saying goodbye to such a beloved character.

“It’s bittersweet when it’s time to move on with everything,” he said. “It’s always the sad part of our business, because you get pockets of great people for short amounts of time and then you have to move on and it’s always heartbreaking. Especially when you’ve spent more than a couple months with people.”

HBO announced early this year — much to the fear of fans — that “Game of Thrones” won’t be airing the eighth and final season until sometime in 2019. Dinklage said they were about halfway through filming the final season.

“It’s the final season, and it’s a long one so we’re taking our time,” he added.