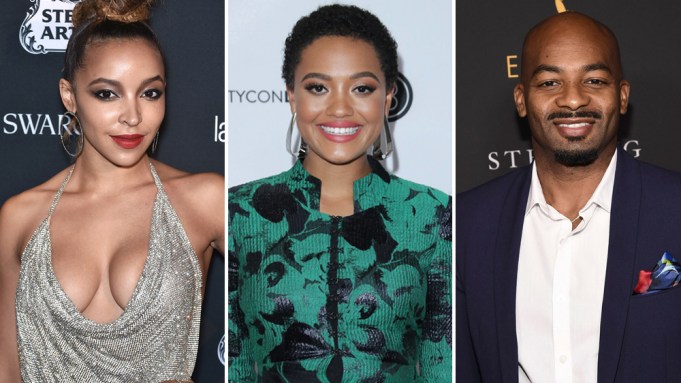 Fox has announced the cast for its upcoming “Rent” live musical.

Recording artist Tinashe has been cast as Mimi Marquez, a dancer who struggles with addiction and catches the eye of musician and recovering addict Roger. Roger will be played by Brennin Hunt (“Nashville”).

Singer/songwriter Jordan Fisher (“Hamilton” and the 2017 winner of “Dancing with the Stars”) will play Mark, Roger’s filmmaker roommate and best friend, who serves as the show’s narrator.

Emmy nominee and Tony Award winner Brandon Victor Dixon (“Jesus Christ Superstar Live in Concert”) will play Tom Collins, a computer scientist who returns to New York after being expelled from MIT. There he meets and falls in love with Angel Dumont Schunard, who will be played by Valentina (“RuPaul’s Drag Race”). Angel is a young drag queen and street percussionist who “embraces life and lives it to the fullest.”

R&B and pop star Mario, who also currently stars on Fox’s “Empire,” will play Benjamin Coffin III, Mark and Roger’s former roommate-turned-landlord and Mimi’s ex who has married wealthy and now wants to gentrify the building in which he once lived.

Additionally, Keala Settle (“The Greatest Showman”) will perform the iconic solo from “Seasons of Love” and join the ensemble in the live musical.

In addition to Greif, creative team members from the original Broadway production of “Rent” returning for the television adaptation include casting director Bernie Telsey and costume designer Angela Wendt.

Kristoffer Diaz will write the adaptation for television; Al Gurdon will act as lighting director; Stephen Oremus will act as music director and producer; Jason Sherwood will act as set designer and Sonya Tayeh is the choreographer.

Larson’s version of “Rent” was inspired in great part by Giacomo Puccini’s opera “La Boheme.” He first began workshopping the production in New York in 1993, and it opened on Broadway in April 1996. Larson never got to see the success of the play, as he passed away on Jan. 25, 1996. The original Broadway run ended in 2008, with the final performance filmed and released in theaters and later on DVD as “Rent: Filmed Live on Broadway.” The play also spurned touring production, a 2005 big screen adaptation directed by Chris Columbus, and a reimagined version that played Off-Broadway from 2011-12.

“Rent Live” will be broadcast from Fox Studios in Los Angeles live on Sunday, January 27, 2019.