‘Fear the Walking Dead’: Survivors Battle Zombies and the Weather in New Trailer 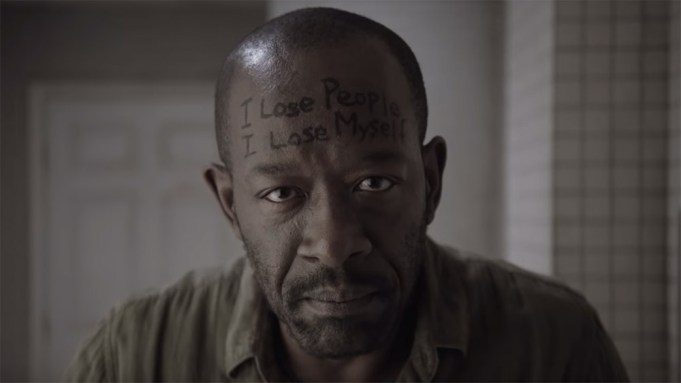 The outbreak continues in the second half of the fourth season of “Fear the Walking Dead.” AMC debuted the trailer for the upcoming episodes during “The Walking Dead” spinoff series’ Comic-Con panel, teasing the aftermath of Season 4’s shocking midseason finale.

Audiences were shocked and left hanging with the death of one of the original characters from the beginning of the series, and now it’s time for the East Los Angeles outbreak survivors to grapple with the loss of their fearless leader.

And if that development wasn’t enough, it looks like the survivors will have to face nature as well as walkers. The clip released on Friday shows a storm so strong that it sends a few zombies flying through the breeze.

The show stars Alycia Debnam-Carey, Danay Garcia, Lennie James (who crossed over from “The Walking Dead”), and Alexa Nisenson. The season will also bring in new actors including Jenna Elfman, Garret Dillahunt, and Maggie Grace.

The new actors talked a little bit about why they wanted to join the show at Variety‘s Comic-Con studio. “I just thought it’s a great group of actors, and I wanted to see if I could hold my own with them,” said Gillahunt. “I like that kind of challenge.”

“Fear the Walking Dead” returns to AMC on Aug. 12.