Emmy Nominees ‘Killing Eve,’ ‘The Sinner’ Have More in Common Than You Think 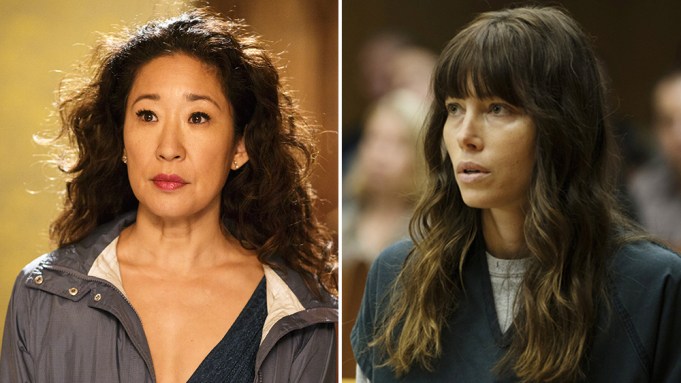 Both “Killing Eve” and “The Sinner” picked up Emmy nominations on Thursday, but that is not the only thing the two hit shows have in common.

First of all, both shows are based on books, feature strong female leads, and are not shy about displays of violence. Both were also eight-episode limited series and have been renewed for second seasons.

But when one digs into the ratings and audience composition of each show, the similarities are even stronger. According to Nielsen data, the audience for both shows is approximately two thirds female. The median age for “The Sinner” audience is 53 years old, while for “Killing Eve” it is 56. Both shows are also popular with slightly upscale audiences. The median income for a viewer of “Killing Eve” was $74,000. The median income for a “Sinner” viewer was $76,000.

Both shows also pulled off impressive ratings growth over the course of their season. “Killing Eve” in particular saw its ratings grow with each successive episode, something that is almost unheard of in television today. Over eight episode, “Killing Eve” averaged 884,000 viewers per episode in Live+3 viewing, with the finale setting a season high of 1.3 million viewers. The finale was up 86% in Live+3 from the premiere, which drew 669,000 viewers.

“The Sinner” saw ratings growth in all but two episodes, averaging 3.8 million viewers in Live+3, making it the number one new cable series of the year.