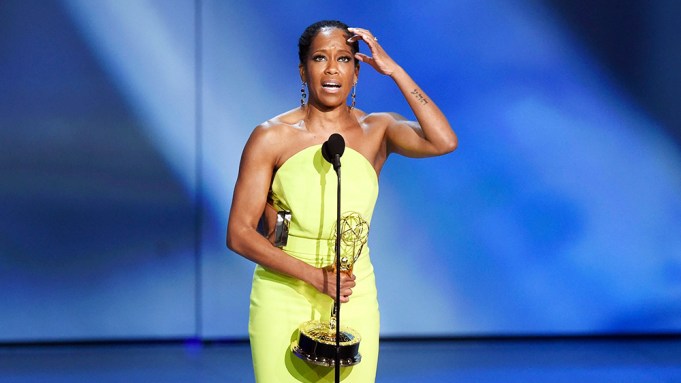 This year’s crop of Emmy contenders reached a new milestone in terms of diversity of the nominees. On Monday, the list of final winners represented some significant gains but also reflected how progress comes in fits and starts.

Emmy voters missed the chance to make history by giving the lead drama actress trophy to Sandra Oh of BBC America’s “Killing Eve,” who was the first Asian-American actress to be nominated in the category.

In the category of lead actor in a limited series, Darren Criss’ win for FX’s “The Assassination of Gianni Versace: American Crime Story” marked the second consecutive year that an actor of Asian descent won in the category, following Riz Ahmed’s victory in 2017 for HBO’s “The Night Of.”

As diverse as the actor and performer nominees were this year, the writing, directing and top producing nominees remained overwhelmingly white. “The Marvelous Mrs. Maisel” creator/showrunner Amy Sherman-Palladino made history as the first woman to win comedy series writing and directing honors in the same year. Those awards spurred James Corden to quip “Let’s get it trending —  #EmmysSoWhite.”

The comedy and drama guest actor and actress trophies (presented last weekend during Creative Arts Awards) also went to African-American actors: Tiffany Haddish for “Saturday Night Live,” Katt Williams for FX’s “Atlanta,” Ron Cephas Jones for “This Is Us” and Samira Wiley for “The Handmaid’s Tale.”

Backstage, King said she was surprised by her win for the low-profile Netflix series. And she admitted that part of her doubt came because her other five competitors in the category were white. She chalked some of that up to the fact that the nation is so divided on political and culture issues, especially when it comes to identity and the embrace of multiculturalism.

“Things are always looked at as black and white. I am guilty of that a lot of times as well,” King said. “That was one of the moments that was really sitting with me on stage that this Television Academy of my peers and my peers don’t just have the same skin color as me. And they’re not only just interested in things that represent what they look like. They’re interested in art and storytelling and seeing things from different perspectives. This is an example of us thinking more globally and not thinking in a box.”

The LGBT community was well-represented on the Microsoft Theater stage Monday night. FX’s “The Assassination of Gianni Versace: American Crime Story” won for limited series with its look at how homophobia impacted the culture and the law enforcement investigation of the serial killer who murdered the famed fashion designer in 1997. “Versace” exec producer Ryan Murphy (who also won a directing trophy for the show) said he dedicated the award to victims of hate crimes and “all of those taken too soon.”

Backstage, Murphy marveled at how much the TV industry has changed in the two decades since he began his career as a TV writer. “As a gay man who was told when I started in the business I could not even write, in 1998, a gay character, now that I can prosthelytize for my community is important to me,” he said.

RuPaul echoed King’s sentiments in his backstage remarks. With humor and a fun format, “Drag Race” aims to break down social barriers in a country that is still divided on the issue of sexual orientation and identity.

“We celebrate people who dance outside the box,” RuPaul said. “Those stories need to be told. I think there is value in those stories for everyone.”